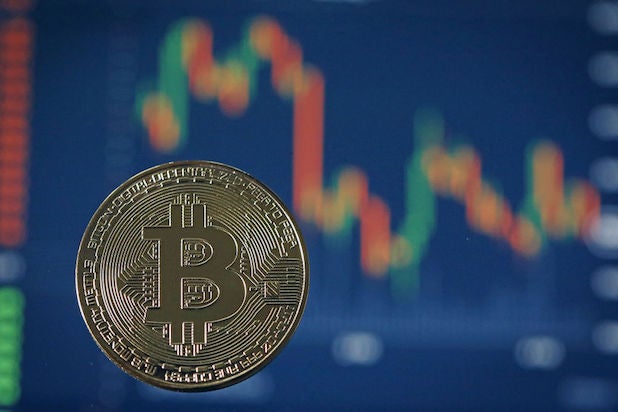 A rising tide lifts all boats, as they say, and bitcoin’s latest monster run has propelled all cryptocurrencies to surpass the combined market cap of financial titans Morgan Stanley and Goldman Sachs.

Bitcoin — the dominant digital currency on the market — zoomed to record highs above $7,300 early on Thursday, growing its market cap to about $120 billion. Added together with other popular cryptos like ethereum and litecoin, the budding industry now has an aggregate market cap (coin price multiplied by the amount in circulation) greater than the $186.2 billion added together between Morgan Stanley and Goldman Sachs, according to  Coinmarketcap.com.

So what spurred bitcoin’s big move? CME Group’s decision to offer bitcoin futures — allowing investors to bet on the price of the cryptocurrency rising or falling by a certain date — on Tuesday sparked its jump from around $6,100 a coin to its current levels above $7,000. The decision from the institution, which dubs itself “the world’s leading and most diverse derivatives marketplace,” gave bitcoin a major vote of confidence and is seen as a step towards its widespread acceptance on Wall Street.

Blowing past the $7,000 threshold was the latest benchmark in bitcoin’s meteoric rise in 2017. The granddaddy cryptocurrency, which was first introduced in early 2009, has rocketed up more than 866 percent in the last year, according to data from exchange site Coinbase.com.

JP Morgan Chase head honcho Jamie Dimon briefly turned out the lights on the party in September, saying bitcoin is “just not a real thing.”

“[Bitcoin’s] worse than tulip bulbs. It won’t end well. Someone is going to get killed,” said Dimon at a Barclays conference. “Currencies have legal support. It will blow up.”

The dig, along with China cracking down on cryptocurrencies, sent bitcoin spiraling down to about $3,000 in mid-September. But rumors of bitcoin’s demise were greatly exaggerated, as the digital currency has already doubled in the two months following Dimon’s comments.