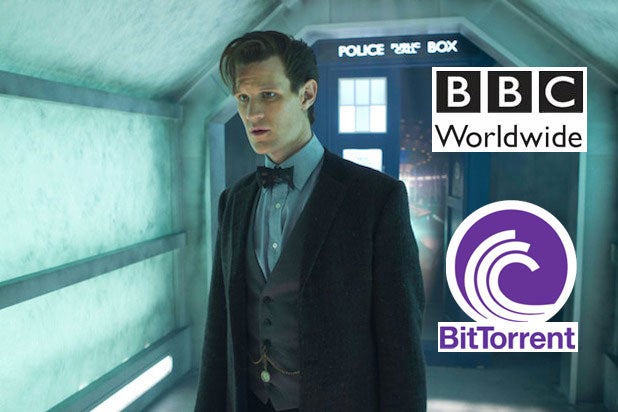 Marking a new decade of the reborn “Doctor Who,” BBC Worldwide is bringing an exclusive 10-episode bundle to BitTorrent. And for $12, it can be yours.

The partnership marks a first between the developer of the peer-to-peer protocol often associated with piracy and a major television network.

“This innovative deal with BitTorrent allows us to directly reach a huge number of consumers and engage with fans on a global and fast-growing digital platform,” said Julia Kenyon, director of Drama Brands, BBC Worldwide. “Music content has seen tremendous success through BitTorrent Bundle, and this deal is the first of its kind for British TV content.”

“For over 50 years, ‘Doctor Who’ has challenged the way we see time, space, and TV — the way we tell stories,” added Matt Mason, chief content officer, BitTorrent. “A series like this should be part of a versatile platform; one capable of reaching and engaging fans around the world. BitTorrent Bundle is that platform.”

Spanning 50 years and 12 regenerations, “Doctor Who” is the longest running sci-fi series in history.

Below are the episodes; the bundle, which can be purchased here, also contains special features.

Also Read: ‘Game of Thrones’ Star Maisie Williams to Guest on ‘Doctor Who’