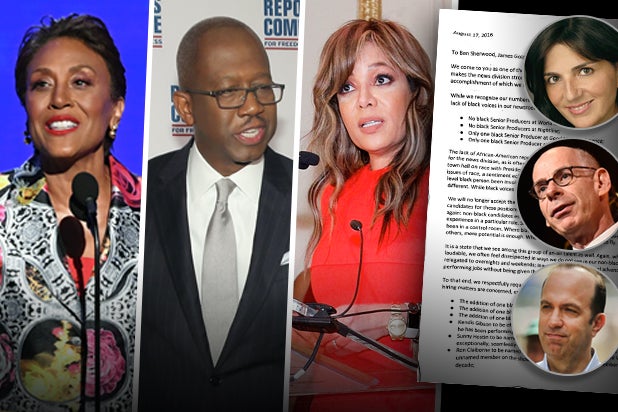 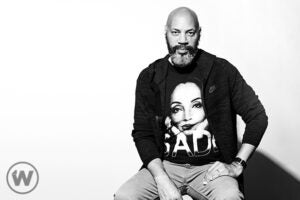 John Ridley on TV’s Role Amid Protests Over Racial Inequality: ‘We Have to Be Part of the Solution’ (Video)

Insiders tell TheWrap the letter, dated August 2016, was not approved by all signatories and never sent to management

Black reporters at ABC News whose names were attached to a 2016 “manifesto” to top management are now “uncomfortable” around their colleagues — because the letter was never approved by all the names attached or sent, TheWrap has learned.

The letter, which is dated Aug. 17, 2016, was published on June 13 as part of an investigative piece by Yashar Ali on HuffPost about conduct by now-suspended ABC News talent executive Barbara Fedida that was deemed racist and insensitive.

But five individuals familiar with the letter told TheWrap that it was never sent to management. Two of those individuals said the publication of the letter has made some of the journalists whose names are on the memo “uncomfortable” around their colleagues and superiors at ABC News, as they believe the HuffPost story — which notes that “somehow, the letter came to the attention of Goldston and Fedida” in the summer of 2016 — gives the impression that they endorsed its contents.

According to multiple individuals with knowledge of the letter, the author was Mara Schiavocampo, a New York-based correspondent who left ABC News in July 2017. She added the names of the other journalists — who had all previously agreed they would come together to ask management to address diversity issues at ABC News — to her draft and emailed it to the group in August 2016 without its contents being discussed beforehand, the insiders said. (Schiavocampo did not respond to multiple requests to comment for this story; according to the Huffington Post, she reached a financial settlement with the network after accusing Fedida of racial discrimination and signed a nondisclosure and nondisparagement agreement.)

Also Read: 'The View' Co-Host Sunny Hostin Calls Out 'Systemic Racism' at ABC Amid Investigation Into Exec's Comments About Her (Video)

But many of the ABC News journalists voiced concern about the draft, especially with their names attached. According to one individual, the primary issues are the letter’s tone and specific demands, such as requesting Hostin be named an official co-host of “The View” (which later happened, in September 2016) and that Gibson be named anchor on “World News Now” and “America This Morning” (a title he was given in February 2017). The insider said the group believed these requests looked “stupid” to superiors and would “dilute” their position.

In addition, one insider said that the strong language in Schiavocampo’s draft — including “we often feel disrespected in ways we do not see in our non-Black colleagues” — had made relationships between some of the journalists and their peers “difficult” since the HuffPost story came out.

Along with Schiavocampo, Roberts, Hostin, Thomas and Gibson (who left ABC News for MSNBC in January 2019), the letter lists Ron Claiborne (who retired in 2018), Linsey Davis, TJ Holmes, Steve Osunsami, Byron Pitts, Deborah Roberts and Ryan Smith as signatories. You can read a copy of the letter, obtained by TheWrap, below.

The draft letter made seven specific demands to increase Black presence at ABC’s news division, including the previously mentioned points about Hostin and Gibson’s titles, as well as the request that Claiborne be named news anchor of “Good Morning America Weekend,” the request that one Black senior producer be added to ABC News shows (one “per shift” for “GMA”) and that ABC News implement “an annual two-way performance review for all on-air talent, allowing for a respectful conversation about individual goals, future opportunity, strength and areas of improvement.”

The other members of the advocacy group said they did not agree with the tone of Schiavocampo’s letter and its contents after she had emailed it to them, which is why it was never sent on to management, three individuals told TheWrap. Instead, the group decided to address their diversity concerns in an upcoming meeting they had requested with Goldston, the insiders said.

After Schiavocampo emailed her draft to the group and they decided not to send it, the letter somehow made its way to other people at ABC News, three individuals told TheWrap. According to the Huffington Post, this included Fedida, a senior ABC News exec in charge of talent who is not named in the document but who called it “the Black manifesto.”

Although the letter was never acknowledged by ABC News management, insiders said they believe Goldston was aware of the document when he met with the group shortly after it circulated in August 2016. Sherwood and Fedida were not part of this meeting.

One insider told TheWrap that Goldston took this meeting seriously and has met with the group repeatedly over the past four years in a continuous effort to work with Fedida and the correspondents and anchors to address the group’s concerns about inclusivity at ABC News.

“James welcomed the opportunity to hear from this group and meet with them regularly,” an ABC News spokesperson told TheWrap. “These conversations have led to positive change in the news division. While we’ve made progress, there is more to do and we’re committed to it.”

ABC News declined to comment on any specific actions that have been taken as a result of the group’s ongoing meetings with Goldston, but one insider told TheWrap there have been “dedicated efforts to add people of color to senior ranks across the company” as a result of the meetings, including the August 2019 hiring of Marie Nelson, a Black woman, as senior vice president for integrated content strategy, in charge of diversifying ABC News content.

Ali’s Huffington Post story was focused on Fedida, a senior ABC News exec in charge of talent, who was placed on administrative leave pending an investigation into multiple accusations of insensitive statements and racist behavior toward Black on-air talent. “There are deeply disturbing allegations in this story that we need to investigate, and we have placed Barbara Fedida on administrative leave while we conduct a thorough and complete investigation,” ABC News said in a statement after the story was published June 13. “These allegations do not represent the values and culture of ABC News, where we strive to make everyone feel respected in a thriving, diverse and inclusive workplace.”

Fedida said in a statement through her attorney: “Throughout my career, I have been a champion for increased diversity in network news. Building a news division where everyone can thrive has been my life’s mission. I am proud of my decades of work of hiring, supporting and promoting talented journalists of color. And, unlike these heartbreaking and incredibly misleading claims about me, that track record is well-documented and undeniable.”

An insider told TheWrap they believe Schiavocampo’s decision to write and email a draft of the letter is one reason why she is no longer working for the company. According to the Huffington Post, Fedida started making “disparaging comments” about Schiavocampo behind her back and in February 2017, ABC News decided not to renew her contract, which was set to expire in 2018, but did not inform her of the decision until July 2017 when she was taken off air. ABC News would not comment on her financial settlement in exiting the network.