We’re still a day out from our first real look at Dwayne Johnson’s upcoming DC Comics movie “Black Adam,” but on Friday the actor treated fans to an appetizer in the form of a super short teaser for the movie’s DC FanDome panel. And in the teaser, we got the closest look yet at the costume Johnson will be wearing in the movie.

The “Black Adam: costume came 22 seconds in, during a literal blink-and-you’ll-miss-it moment, but because we care and we know you don’t have super vision, we’ve nabbed a screenshot of the image. See it below: 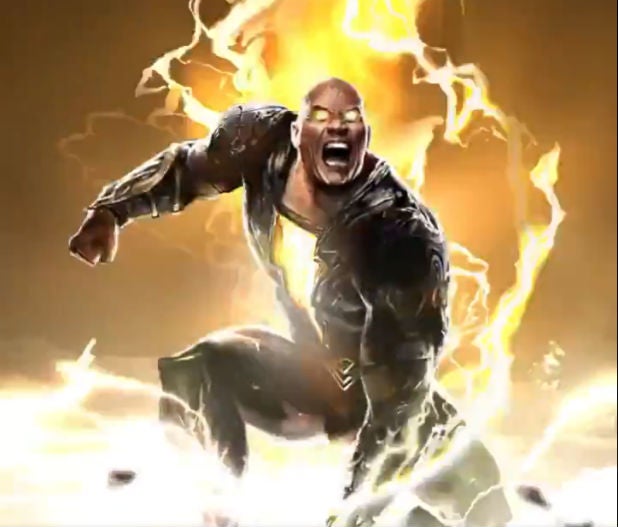 And watch the full teaser below now:

The hierarchy of power in the DC UNIVERSE is about to change.
BLACK ADAM arrives TOMORROW at #DCFanDome.
He’s coming to crush them all. #ManInBlack #BLACKADAM pic.twitter.com/2jiHT62jED

Though the character is one of Shazam’s greatest enemies, Johnson didn’t show up as Black Adam in David F. Sandberg’s “Shazam!” last year. The explanation at the time was that both characters required their own introduction in separate films. But as you can see in the image above, they’re not exactly hiding the connection: Black Adam has his own version of the signature lightning bolt logo on his chest.

And in “Shazam,” Black Adam was teased when the Wizard first summons Billy Batson to the Rock of Eternity and tells the story of a champion he had selected thousands of years earlier, who became a force for evil and destruction instead of good. A golden hologram appears inside the Rock of Eternity as the Wizard tells the story, clearly showing the previous champion to be Black Adam.

Be sure and check back with TheWrap for all of our DC FanDome coverage beginning at 10 AM Saturday morning.