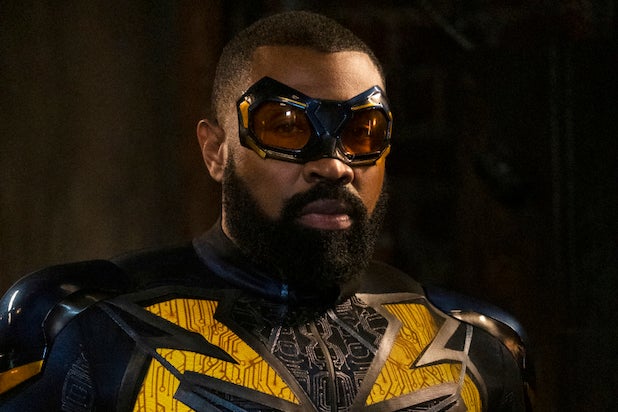 “Black Lightning” will follow “Supergirl” out the door on The CW. The DC Comics series will conclude after its upcoming fourth season.

The CW said earlier it was developing a spinoff around the villain Painkiller, who has been played by Jordan Calloway. A backdoor pilot for the series will air as the seventh episode of the now-final fourth season.

Also Read: 'Supergirl' to End With Season 6 on The CW

“When we first started the ‘Black Lighting’ journey, I knew that Jefferson Pierce and his family of powerful Black Women would be a unique addition to the super hero genre,” Akil said. “The love that Blerds and all comic book fans around the globe have shown this series over the past three seasons proved what we imagined, Black People Want To See Themselves in all their complexities.”

During the first season of The CW superhero drama, Calloway recurred as Khalil Payne, a high school all-American track star until a stray bullet severs his spine. He’s then recruited by Tobias Whale (Marvin “Krondon” Jones III) who offers him legs for loyalty. Before his injury, Payne was romantically involved with Black Lightning’s youngest daughter, Jennifer Pierce (China Anne McClain). He returned as Painkiller in the show’s second season.

Along with “Black Lightning,” “Supergirl” will conclude with its upcoming sixth season in 2021, as the network continues to move to its next phase of DC Comics characters. “Arrow” ended its 8-year run earlier this year, and the newest DC series, “Superman & Lois” debuts in February.