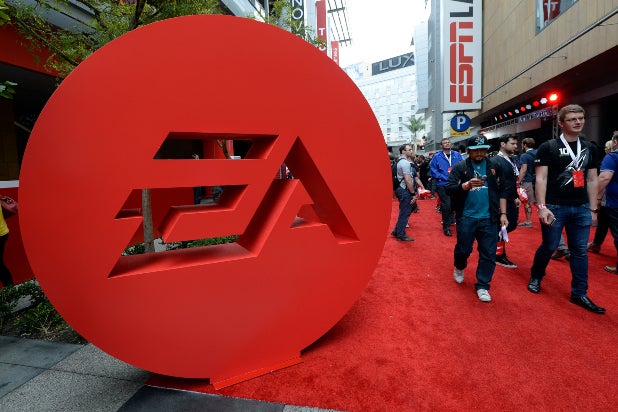 Electronic Arts (EA) will donate $1 million to “organizations dedicated to the fight for racial justice in the U.S. and against discrimination in the world,” including the Equal Justice Initiative and NAACP Legal Defense and Educational Fund, among other to-be-determined recipients.

EA will also postpone its EA Play Live event originally scheduled for June 11 to June 18. EA Play is typically held annually in the days following the E3 video game conference in Downtown Los Angeles, which was canceled this year because of the coronavirus.

“With the important conversations taking place and important voices being heard around the world right now, we’re moving our time to come together in play,” EA tweeted Friday afternoon.

EA also pledged to offer paid days off so employees can volunteer in their communities.

“In addition to supporting these organizations, driving change needs action from us all,” EA said in a statement. “The biggest impact can often be felt at local levels, and we encourage everyone to safely get involved. To that end, we’re launching a new program to give everyone in the company an additional paid day each year to apply to volunteering in your community. With all of our employees around the world, that will represent more than 75,000 hours applied to the change we can make.”

“League of Legends” publisher Riot Games announced Friday it would donate $1 million to non-profits including The Innocence Project and the American Civil Liberties Union. Riot is also matching employee donations up to $1,000 for qualifying organizations. Riot will also create a new program backed by $10 million that will prioritize the company’s investment in company leads and founders of color.

“We are proud of our history of working with founders from a variety of backgrounds and will continue to do so with a new program aimed at deploying $10 million towards investments and startup programs focused on founders underrepresented in the games community,” Riot president Dylan Jadeja said in a statement.

Riot’s philanthropy will also extend to academic settings — the company said it plans to launch a $50,000 scholarship program with the Thurgood Marshall Scholarship Fund to support black students who want to major in game development.

“On the anniversary of the emancipation of slaves (Juneteenth), we will be hosting a day of conversation on race so that all of us can get comfortable talking about an uncomfortable issue,” Jadeja said. “We also know that there is fear in speaking about race, so we will be offering safe space sessions where honest and vulnerable conversations can take place globally without judgment.”

Publisher 2K, which is owned by Take-Two Interactive Software, promised to add an additional $1 million to its 2K Foundations program, which aims to “fight racial injustice and inequalities in Black communities across the globe.” 2K also muted several social channels throughout the week “in respect for what’s going on in the world,” the company said on Twitter.

“We stand with our Black community, colleagues, players and partners. You matter, your lives matter, and you are valued by Scopely,” the game developer said yesterday.

Other gaming firms have opted to issue statements in solidarity with protesters and Black Lives Matter activists, who took to the streets roughly a week ago to protest the police killing of George Floyd, an unarmed Black man in Minneapolis. Sony Interactive Entertainment’s PlayStation division said on Twitter Monday, “we denounce systemic racism and violence against the Black community. We will continue to work toward a future marked by empathy and inclusion and stand with our Black creators, players, employees, family and friends. #BlackLivesMatter.”

Xbox owner Microsoft said it plans to “amplify Black and African American voices” on its social platforms — but neither Microsoft nor Sony announced any plans to donate funds yet. Microsoft’s Twitter account began sharing stories from its employees of color on Monday, beginning with employee Megan Carpenter, who said “I want an ally who pays attention to what is happening outside their own community or perspective. I want an ally who knows that these things are happening to people like me.”