The fifth season of “Black Mirror” dropped Wednesday, giving fans three fresh stories about how technology can screw with your life in the most unexpected of ways. And with the new came nods to the old, as there are several ways in which Season 5’s episodes connect to the rest of the Charlie Brooker-created anthology series’ universe.

TheWrap has rounded up all the shout-outs to the show’s first four seasons that can be found in the trio of new installments which include Miley Cyrus’ “Rachel, Jack and Ashley Too,” the Andrew Scott-starring “Smithereens” and the Anthony Mackie and Yahya Abdul-Mateen II-led “Striking Vipers.” 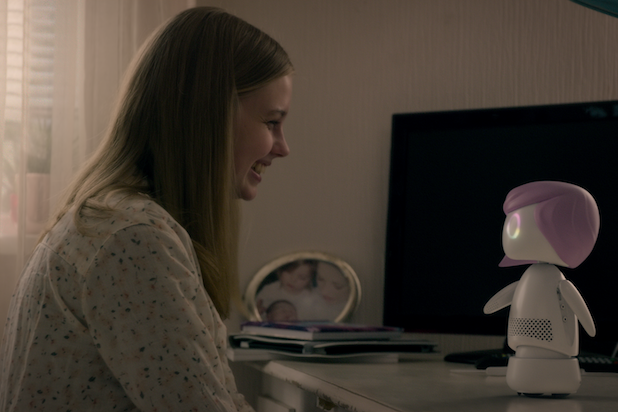 “Rachel, Jack and Ashley Too”

1. “Sea of Tranquility”
Rachel and Jack are watching a news report about Ashley O’s coma status in their room, when the anchor refers to a “Sea of Tranquility” reboot. This reference is twofold: 1) “Sea of Tranquility” is the “HBO moon Western” first mentioned in Season 1’s “The National Anthem,” that the special effects expert, who was called in to digitally remove the Prime Minister, worked on. 2) The show is referred to again in Season 3’s “Nosedive,” when Lacie Pound has to hitchhike with “Sea of Tranquility” fans headed to convention for the series.

2. Tusk
Tusk is a character from Season 3’s “Hated in the Nation” who pops up in the same news broadcast mentioned above, when the anchor says he “makes a boo-boo” on a British TV show.

3. A bunch in a news ticker
We can’t make out the full headline of each story that appears in the scroll at the bottom of the screen during the Ashley O news report, but here is what we could decipher: “Architect arrested on multiple murder charges” (Season 4’s “Crocodile”), “SaitoGemu shares jump on Striking Vipers release” (Season 3’s “Playtest” and Season 5’s “Striking Vipers”), “Museum owner’s body found in smoking ruins” (Season 4’s “Black Museum”).

4. Willow Grain
Aside from all that during the broadcast itself is a commercial that airs ahead of the news segment, which advertises a “Willow Grain upgrade.” This is a memory recording implant device that first appears in the Season 1 episode “The Entire History of You.”

5. “Anyone Who Knows What Love Is (Will Understand)”
This chilling Irma Thomas song has been featured in numerous episodes of “Black Mirror” and we hear a haunting rendition of it performed by Ashley O when she is in a coma and her aunt’s team is using Ashley’s mind and the “Ashley Too” vocal-mimicking software to create new music.

6. Smithereen
Toward the beginning of the episode, Ashley’s aunt is seen using the titular social media app from Season 5’s “Smithereens.”

7. Saint Juniper Hospital
Ashley O is rushed to Saint Juniper’s ICU after her “allergic reaction to shellfish” that leaves her in a coma. For starters, this is a clear shout-out to Season 3’s “San Junipero.” It’s also a reference to the interactive “Black Mirror” movie “Bandersnatch,” in which Stefan’s psychiatrist, Dr. Haynes, works in the Saint Juniper Medical Practice. Additionally, Rolo Haynes (maybe relation?) worked at a Saint Juniper Hospital in New York, during one of the stories in Season 4’s “Black Museum.” 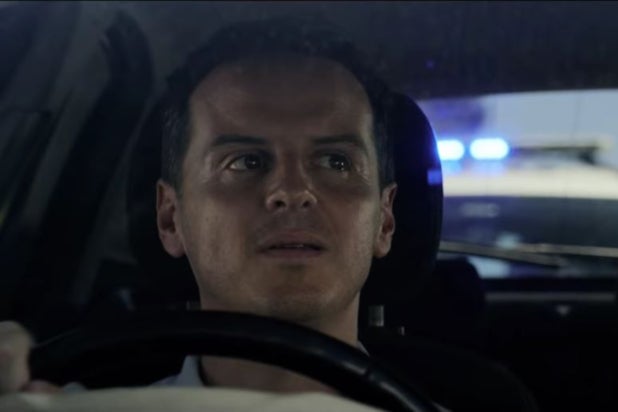 1. Bandersnatch Theatre
At the very beginning of the episode, which is set in 2018, Chris pulls up a ride-share driver app on his phone to look at a new rider request and the map shows the Smithereen office is right next to the Bandersnatch Theatre. Obviously, this is a shoutout to “Bandersnatch.”

Also Read: 'Black Mirror': How Topher Grace Traveled Into the Past for 'Smithereens' - and Kept His Hair 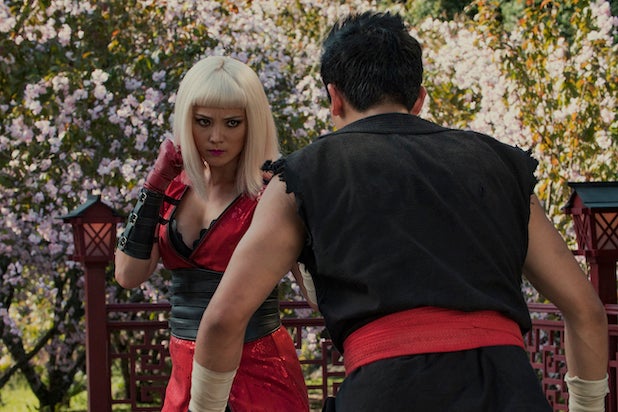 1. Tcker Systems
Tcker is a neural research and technology company thatd was featured in “Playtest,” “San Junipero,” Season 4’s “Metalhead” and “Black Museum,” as well as “Bandersnatch.” Tckr is the maker of the VR add-on Danny and Karl use to play the virtual reality game “Striking Vipers X.”

2. The polar bear
One of the characters you can choose to play as in the video game “Striking Vipers” is a large white polar bear. We refuse to accept this isn’t a nod to the Season 2 episode “White Bear.”

3. SaitoGemu
The video game company that created “Striking Vipers X” is the same one featured in Season 3’s “Playtest.”

There are no bad episodes of ”Black Mirror,“ but only one of the new episodes is among the best