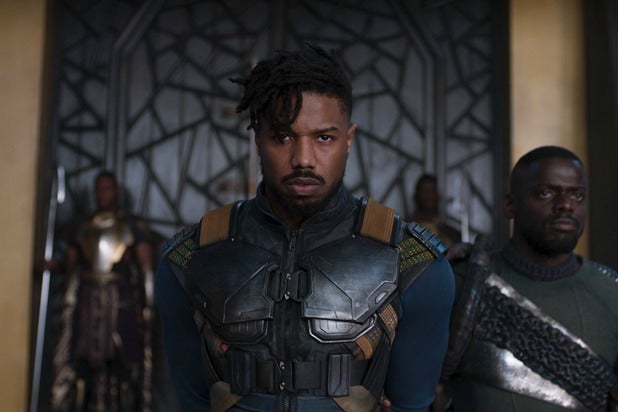 “Black Panther” is facing little competition at the box office this weekend, as it charges towards yet another record. After making $28 million on its second Friday, estimates are currently giving the film a $102 million second frame, beating the pre-summer record set last year by “Beauty and the Beast” with $90 million.

Current estimates give “Black Panther” a 10-day domestic total of $394 million, which would be bigger than the entire runs of all of last year’s Marvel films, including the $389.8 million made by “Guardians of the Galaxy Vol. 2.” In fact, the film’s second weekend alone would be bigger than the opening of “Justice League,” which got a $95 million launch. “Black Panther” eclipsed the domestic run of the DC team-up film during its four-day President’s Day weekend opening.

With “Black Panther” currently estimated to account for 60 percent of all box office revenue this weekend, the two new wide releases entering theaters are having a tough time finding a foothold. Warner Bros./New Line is finding some decent results for their new comedy “Game Night,” making $5.6 million on Friday and currently meeting studio projections with a $15-16 million opening from 3,488 screens against a $37 million budget. Critics and audiences are enjoying the film, giving it an 82 percent Rotten Tomatoes score and a B+ on CinemaScore.

But Paramount’s “Annihilation” is struggling, making $3.8 million on Friday and currently on pace to finish fourth with $10-11 million from 2,012 screens. That’s behind the $12 million being made by “Peter Rabbit” in its third weekend.

Paramount’s avant-garde, auteur-driven film by director Alex Garland stars Natalie Portman as the leader of a team of female scientists going on a deadly trek into a mysterious alien realm. Although critics are loving it with an 87 percent RT score, many opening night moviegoers seem to be alienated by the film’s slow pace and art-house approach, giving it a C on CinemaScore. While that’s a recipe for a potential cult film, it doesn’t bode well for the box office fortunes of this $40 million sci-fi film.

Universal’s “Fifty Shades Freed” completes the top five with an estimated $6.7 million in its third weekend.