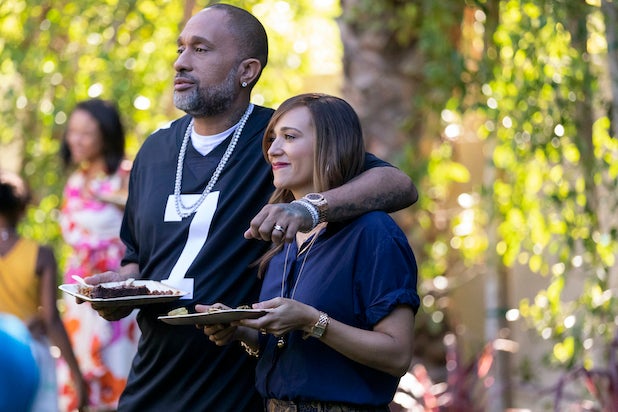 Kenya Barris’ comedy “#blackAF” has been renewed for Season 2 at Netflix, the streaming service announced Tuesday.

The series, which premiered April 17, stars Barris as a fictionalized version of himself, with “Parks and Recreation” alum Rashida Jones as his wife, Joya.

Loosely inspired by the “black-ish” creator’s “irreverent, highly flawed, unbelievably honest approach to parenting, relationships, race, and culture” the show “flips the script on what we’ve come to expect a family comedy series to be” and “uncovers the messy, unfiltered and often hilarious world of what it means to be a ‘new money’ black family trying to get it right in a modern world where ‘right’ is no longer a fixed concept.”

“#blackAF” is one of 45 titles Netflix included in its “Black Lives Matter” collection of TV series, movies and documentaries, which the streaming service launched following the resurgence of protests against police brutality across the country.

No episode count or premiere date has been set for the show’s second season.