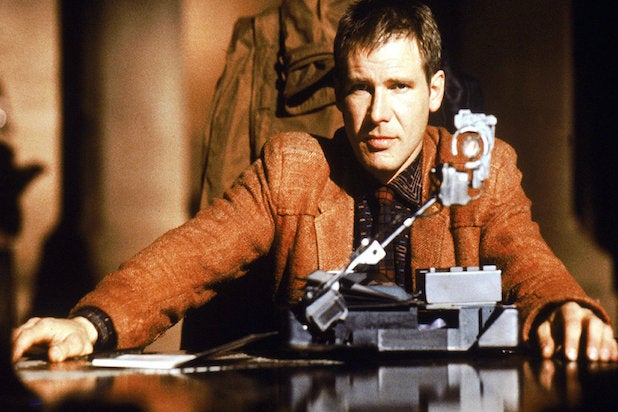 With the October 2017 release of “Blade Runner 2049,” fans will be able to experience the world of the genetically engineered human replicants through virtual reality.

Alcon Entertainment has formed a new division, titled Alcon Interactive, which has partnered with VR company Oculus to bring the “Blade Runner 2049” experience to Oculus platforms.

“We are so excited to be working with Alcon Interactive to bring the ‘Blade Runner’ universe to the Oculus platform next year,” Colum Slevin, head of experiences at Oculus, said in a statement. “‘Blade Runner’ has always pushed the boundaries of cinema, visionary art, design and story and bringing the sequel to this beloved sci-fi property to VR gives us an opportunity to push those boundaries further. We look forward to giving audiences a new way to experience this iconic title in an entirely new and reimagined way.”

The “Blade Runner 2049” VR experience will be exclusively distributed on the Oculus platforms next year, around the release of the film, starring Harrison Ford, Ryan Gosling and Jared Leto.

Offner has represented interactive entertainment companies like THQ and Sony’s PlayStation Group in the past. Most recently, he was an early stage investor in and general counsel of Oculus through its sale to Facebook.

“The first ‘Blade Runner’ created a new standard for science fiction films, world building and visual effects and we believe that our sequel will continue that tradition, pushing new boundaries in entertainment,” said Alcon’s Broderick Johnson and Andrew Kosove. “We are excited for Oculus’s involvement and the opportunity to utilize VR to enhance the overall experience of our innovative film.”

The official title for the “Blade Runner” sequel was announced Thursday.

The sequel, set several decades after the original, is written by Hampton Fancher and Michael Green, and succeeds the initial story by Fancher and David Peoples, based on Philip K. Dick‘s novel “Do Androids Dream of Electric Sheep?” Story details have not been revealed.