Amazon Studios is developing a live-action “Blade Runner” TV series with Ridley Scott as an executive producer, TheWrap has learned.

Scott directed the seminal 1982 film starring Harrison Ford, which was based on Philip K. Dick’s short story, “Do Androids Dream of Electric Sheep?” The potential series, titled “Blade Runner 2099,” would be a sequel to 2017’s “Blade Runner 2049,” the follow-up directed by Denis Villeneuve, in which Ryan Gosling co-starred alongside a returning Ford. 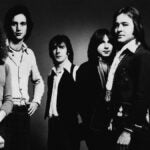 “Blade Runner” takes place in a dystopian Los Angeles. The first film was set in 2019 and featured Ford as Blade Runner Rick Deckard, a cop who hunts down replicants (androids). It was strongly hinted that Deckard was also a replicant. In the 2017 sequel, Gosling stars as the replicant K, an advanced version that also hunts down rogue replicants but ends up caught in a conspiracy.

While “Blade Runner 2099” would be the franchise’s first live-action series, it wouldn’t be the first. Adult Swim has the animated “Blade Runner: Black Lotus.” That series, which premiered last year, is set in 2032 and centers around a female replicant, voiced by Jessica Henwick.