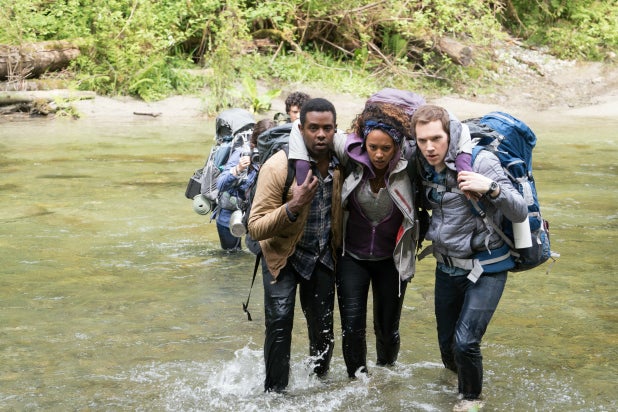 Produced for $15 million, “Blair Witch,” a sequel to 1999’s “The Blair Witch Project,” is expected to earn around $23 million this weekend. However, Lionsgate is estimating a return of anywhere between $15 million and $18 million.

The $765,000 figure for the found-footage film’s Thursday previews is decent, given that the latest “Paranormal Activity” movie made $600,000 in its initial screenings last year. But this summer’s horror hits like “Conjuring 2” and “Don’t Breathe” performed better at the Thursday previews — James Wan‘s sequel to “The Conjuring” earned $3.4 million in its early screenings, while “Don’t Breathe” grossed $1.88 million.

The first “Blair Witch” movie was directed by Eduardo Sanchez and Daniel Myrick and became a box office sensation when it grossed almost $250 million worldwide on a production budget of only $60,000.

A sequel was released in 2000 titled “Book of Shadows: Blair Witch 2.” This movie, directed by Joe Berlinger, was less of a success, grossing $48 million globally, based on a production budget of $15 million.

“Bridget Jones’s Baby,” directed by Sharon Maguire and produced for $35 million, is expected to earn $14 million over the weekend. The movie stars Colin Firth, Patrick Dempsey and Emma Thompson and is a follow-up to 2001’s “Bridget Jones’s Diary” and its 2004 sequel “Bridget Jones: The Edge of Reason.”

This time around, Bridget (Zellweger) finds herself pregnant but isn’t sure who her baby’s father is. The “Bridget Jones” films have grossed $554 million worldwide collectively.

Currently, “Bridget Jones’s Baby” holds a score of 76 percent “fresh” on Rotten Tomatoes. It is a production of Universal, Miramax, StudioCanal and Working Title.

This is also the first weekend for Open Road’s “Snowden,” starring Joseph Gordon-Levitt as the NSA whistleblower and directed by Oliver Stone. The film was produced for $40 million and projections say it will open around $10 million.

Pure Flix’s documentary “Hillsong: Let Hope Rise” is looking to earn an estimated $3 million when it debuts in 815 locations this weekend.

The big question this weekend will be whether “Blair Witch” can dethrone “Sully” from its top spot. Tom Hanks‘ biopic about the Hudson River airplane landing grossed $35.5 million last weekend.