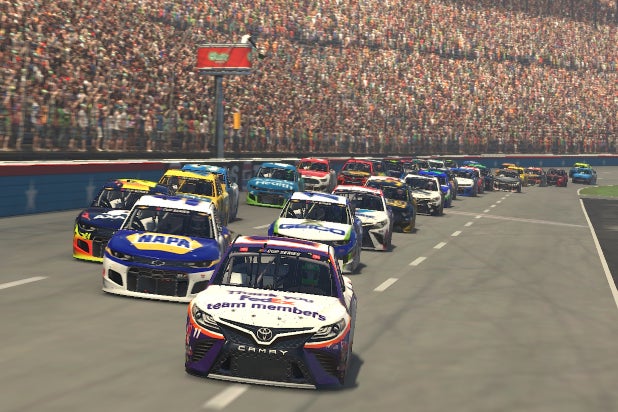 Virtual racing is so popular there is an esports version of NASCAR. Photo: Getty Images

Esports tournament host and broadcaster Torque Esports got a signal boost Tuesday when it signed a programming syndication deal with Blake Broadcasting Network.

Under the deal, content produced by Torque Esports’ tournament organization brand, UMG Gaming — which is mainly competitive simulated racing — will be broadcast in the Asia-Pacific, North American and European markets via Blake Broadcasting’s satellite TV and online networks.

Blake Broadcasting Chief Executive Bob Blake said in a statement the deal was originally going to be announced at the 2020 Esports Upfront conference, which was to be held in New York City later this month. But the conference was postponed (tentatively) to June amid the COVID-19 pandemic. The two companies decided now would still be an opportune time to launch, especially with a gaping hole in Blake Broadcasting’s usually robust sports programming slate.

“The live content pipeline, especially in sports, all but dried up overnight,” Blake said. “Torque and UMG already had a strong portfolio of competitive gaming content, from virtual motorsports to traditional series and remote competitions (so) the quality of Torque’s programming and deep experience made the decision easy.”

Torque Esports Chief Executive Darren Cox said in a statement that in spite of the postponed Esports Upfront conference, the company still sees this as a good time to move forward with the deal. “The rapid shift of interest in our existing simulator racing and competitive gaming content has been overwhelming,” Cox said.