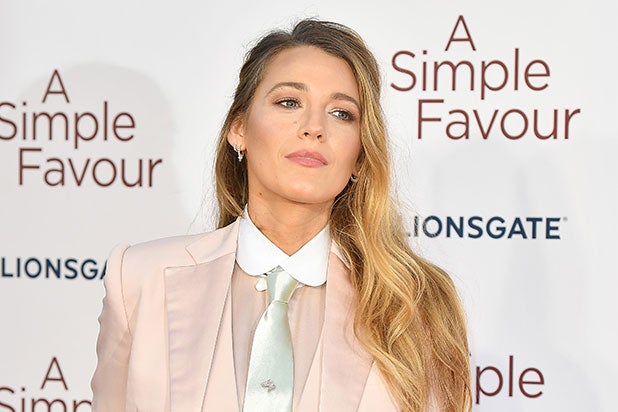 “We actually just — this took a long time — but we closed our deal with Blake this morning,” she told reporters.

As announced last October, the “Gossip Girl” alum is working on a scripted series for Prime Video. Salke says the untitled show is set in New York and has a fashion component.

The Amazon Studios boss added that Lively is working on a second series for the streaming service, but said additional details on that project will be available at a later date.

Lively, who most recently starred in the Paul Feig thriller “A Simple Favor,” hasn’t held a TV series regular role since starring for six seasons on The CW’s “Gossip Girl,” which ended in 2012.

She is next set to star in the spy thriller “Rhythm Section” from “The Handmaid’s Tale” director Reed Morano at Paramount.

Lively’s first-look deal was among many announcements made by Amazon during its TCA day. The streaming service also announced it has set an overall deal with “The Chi” creator Lena Waithe, first-look pacts with Forest Whitaker and Connie Britton, given early renewals to “Carnival Row” and “The Expanse,” and found its creative team for the upcoming “Lord of the Rings” TV series.