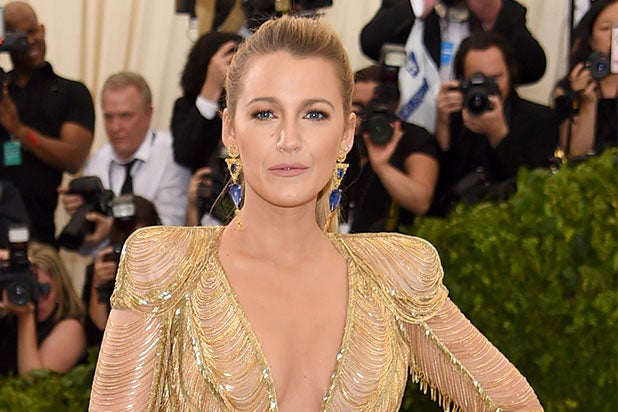 Blake Lively’s spy thriller “The Rhythm Section” has been picked up by Paramount Pictures, an individual with knowledge of the project told TheWrap.

The studio is set to team up with IM Global and James Bond producers Michael G. Wilson and Barbara Broccoli on the female espionage thriller. “The Handmaid’s Tale” director Reed Morano is directing the film, which is planned to become part of a film franchise.

Paramount will distribute the film in most world territories.

Last month, it was announced that Lively was cast in the pedigreed film franchise based on a series of spy novels from the same producers of the James Bond films. “The Rhythm Section” will be adapted from Mark Burnell’s series about character Stephanie Patrick — a woman scorned by the loss of her family in a mysterious plane crash.

Burnell, who serves as executive producer, has four books total.

Lively most recently starred in the box office hit, “The Shallows.” She also appeared in Woody Allen’s “Cafe Society,” which premiered at the Cannes Film Festival last year. Other recent credits include “The Age of Adaline,” “The Town” and “The Sisterhood of the Traveling Pants.” She is currently in pre-production in Paul Feig’s film “A Simple Favor.”

Morano most recently served as a director and executive producer on the first three episodes of “The Handmaid’s Tale.” Her other credits include “Meadowland” starring Olivia Wilde and Luke Wilson, “Frozen River,” “Kill Your Darlings” and “Shut Up and Play the Hits.” Her latest feature, “I Think We’re Alone Now,” is in post-production and will premiere in 2018.

“The Rhythm Section” will start production this fall and shooting will take place in the U.K., Ireland, Spain, Switzerland and the United States.