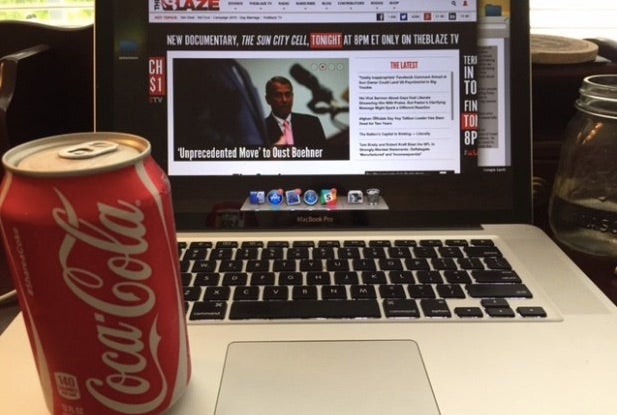 A new study of what happens to your body an hour after drinking a Coca Cola is causing buzz online, and an editor from The Blaze decided to find out about the Coke effect for herself on Wednesday.

Responding to an infographic from  U.K. pharmacist Niraj Naik that shows the effect of Coke in your body in the first hour after drinking it, science and technology editor Liz Klimas tried it out for herself.

“Knowing full well that I would be destined for a sugar crash and that I would probably be guilted into foregoing my nightly scoop of ice cream to compensate for it, I decided to drink a can of Coke and record how I felt physically while also contemplating the process going on inside my body for an hour afterward,” she wrote.

Klimas was doing Ok for the first hour-and-a half after drinking one can, but hit a wall right after.

8:35 a.m. ET is a little early for this reporter to try the experiment himself, so I will report back as soon as acceptable to consume this caffeine tsunami.