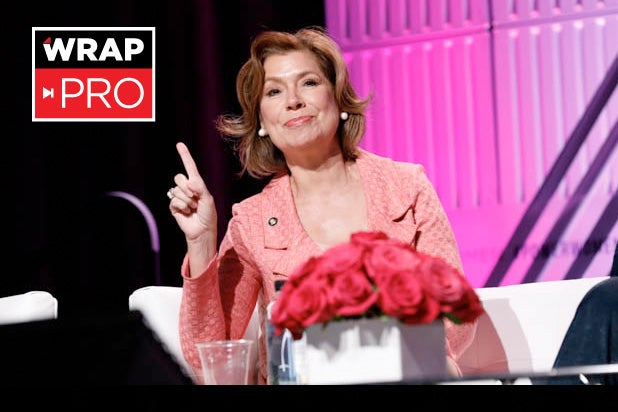 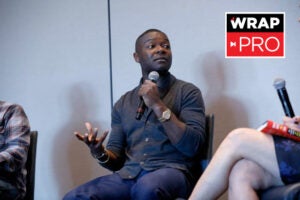 ‘Blazing the Trail': What 4 Women Learned From Being the First Women in Their Fields (Video)

Power Women Summit: Sherry Lansing, Maria Contreras-Sweet, Ibtihaj Muhammad and Christine Simmons talk about internal and external challenges of being in charge in a male-dominated landscape

“I didn’t expect it,” Lansing said of her position. “I am the person — I have to take full ownership of this horrendous statement — that said there would be never be a woman head of a studio in my lifetime. I am happy to take back those words, and I am thrilled that it was me.”

“I try not to pay attention as much but I feel the weight of the obligation as I know I am blazing the trail for someone that’s coming behind me,” said Simmons. “In those moments, when I know that when I want to stop, when I’m tired, I know this is so much bigger than I am and we need to continue to push. That’s when you realize that you are the first, when you realize you can’t quit because you know someone else is coming behind you, and you don’t want to be the last.”

Muhammad, who earned the bronze medal as part of Team USA, became the first female Muslim-American athlete to earn a medal at the Olympics. She said she continues to feel pressure as she climbs.

“You always want to maintain this trajectory as an athlete where you continue to push yourself and achieve the ultimate goal of winning a medal,” she explained. “I qualified for the U.S. team at the height of the presidential election, and there was a lot of rhetoric around the Muslim community, dark and divisive, and directly affected someone who looks like me. And I felt like, what greater an opportunity than to qualify for the Olympics and to show the world a different narrative than what we are force fed via Hollywood and through the news? The journey has always felt bigger to me — I felt like it was a gift from God.”

Contreras-Sweet said she remembered when she first came to Los Angeles from Guadalajara, Mexico, and felt like she didn’t belong. She wrote letters to her grandmother who gave her a piece of advice that she would forever treasure.

“She said, it’s not the title you have, it’s about what you do with the titles that you have,” said Contreras-Sweet.

And while these women have become trailblazers in their respective fields, Lansing, Muhammad, Contreras-Sweet and Simmons faced their fair share of challenges on their way to the top. Lansing explained that she had huge self-esteem issues and that she was “born thinking that I had dreams but I didn’t necessarily have the confidence that I could achieve those dreams.”

But what changed her life was therapy.

“It was a long process of getting that self-esteem and that self confidence and going, ‘I want to be considered for the job’ and be told I didn’t get the job because, I quote, ‘No man would ever report to a woman,'” she said.

Muhammad explained that she suffered from depression for two years during her time as a member of the United States team, and the greatest gift to herself was “asking for help” and choosing to see a sports psychologist.

And Contreras-Sweet felt she wasn’t with her family enough as she commuted between Sacramento and Los Angeles.

“Success for one is success for all,” concluded Lansing. “There will be a woman president in my lifetime — I’m sure of that!”

Dave Chappelle Attacker Speaks Out From Jail: ‘I Wanted Him to Know What He Said Was Triggering’