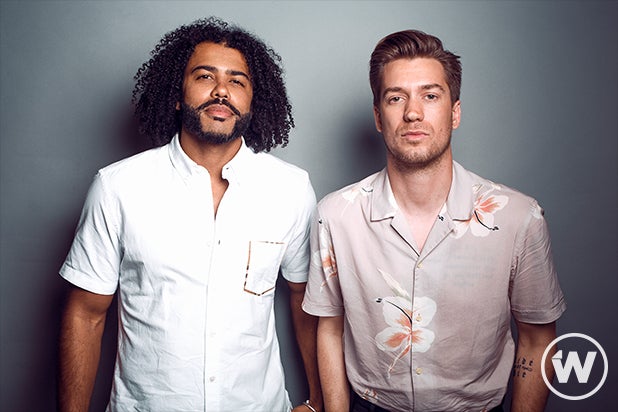 Starz has ordered a TV spinoff of the 2018 film “Blindspotting.”

Jasmine Cephas Jones will reprise her role as Ashley from the 2018 film, which was distributed by Starz’s parent company Lionsgate. The film’s co-stars and co-writers Daveed Diggs and Rafael Casal will write and executive produce the TV adaptation. Casal will serve as showrunner, as well as return as Miles in a recurring role. In addition to starring in the the show, Cephas also serves as a producer.

Ashley was Miles’ wife in the film. Starz’s TV spinoff will follow Ashley, following Miles’ sudden incarceration, as she is forced to move in with Miles’ mother and half-sister.

The 2018 film centered on Collin (Diggs) who needs to make it through his last three days of probation for a chance at a new start, but his fast-talking childhood friend, Miles (Casal), is a magnet for trouble. When Collin’s final countdown is interrupted by a life-changing missed curfew, their friendship is forced out of its comfortable buddy-comedy existence and onto a spiraling collision course.

“Rafael, Daveed and Jasmine created a beautiful film that we believe will translate perfectly into a compelling series for Starz,” said Christina Davis, President, Original Programming, Starz. “This provocative and powerful narrative couldn’t be more timely, and in picking up the story from Ashley’s perspective, we will be able to shine a light on so many of the important social issues that the characters and the audience continue to grapple with.”

Jess Wu Calder and Keith Calder of Snoot Entertainment, will reunite with Casal and Diggs as executive producers on the series after the quartet spent almost a decade working to bring the feature film to life. Also serving as executive producers are Emily Gerson Saines, Ken Lee, and Tim Palen of Barnyard Projects.