This story was originally published on January 25, 2021

When “Bling Empire” viewers first meet Kelly Mi Li and her boyfriend Andrew Gray, they’re making out while wearing only their bath towels. The couple is then whisked off to Paris for Kelly’s birthday, but that dream getaway quickly becomes a nightmare — after Kelly leaves to go shopping without telling Andrew, he angrily curses her out over the phone.

The Paris trip leads Kelly and Andrew to reevaluate their relationship. They seek couples therapy and decide to separate, with Kelly moving out and even going on a date with her castmate Kevin Kreider. However, in the last scene of the season finale, Kelly returns to Andrew and the couple embrace.

The Paris trip was filmed in late 2018 and the series wrapped production a year later. So are “Bling Empire’s” Kelly and Andrew still together today? 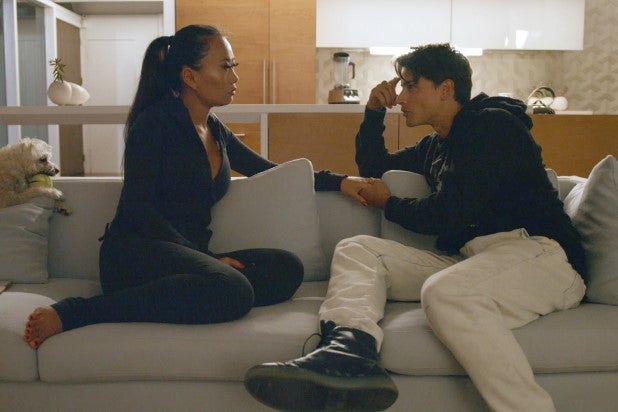 The couple separated six months after production and got back together, but separated again in March 2021.

“We have made the difficult decision to officially separate at this point in our lives,” Kelly wrote via Instagram on March 9. “We are both so grateful to have experienced a relationship that allowed us to grow and learn so much. Moving forward, Andrew and I plan to continue working on becoming the best versions of ourselves individually.”

Back in January, when they were together but living apart, Kelly told TheWrap’s Lawrence Yee about watching their relationship issues play out on screen.

“It was hard to watch because it was a dark time — one of the darkest times of my life,” Kelly recalled. “Watching it back was very hard to digest but also, at the same time, there was a very positive feeling because we came so far in a short two years.”

“We wrapped October/November 2019. January 2020 was when we said, ‘Hey, let’s not talk. Let’s take a break,” Kelly recounted. “About June or July was when we started spending more time together, but right now we’re still living separately, and I think we’re going to keep it like that for a while.”

That break — coupled with the coronavirus pandemic — allowed Kelly and Andrew the space to focus on themselves.

“We are doing so well,” Kelly continued. “Andrew is doing so well. The darkest secret that he had was his anger issue. He’s done a lot of work and a lot of therapy that I’m so proud of. We have not gotten into anything close to [the Paris call]. Of course, we’ve gotten into disagreements, but he’s been very calm and he’s even calmed me down where he’s like, ‘Let’s take a deep breath before we talk.'”

Kelly and Andrew actually watched “Bling Empire” together when the docusoap was released on Netflix in January.

“It was difficult,” Kelly admitted. “He took it pretty hard because of all the social media comments.”

“I got a lot of DMs — most of them were women and some men — who said those scenes reminded them of a past relationship or a relationship they are currently in,” she added. “Some of my DMs are really long and I’m really grateful they’re sharing their story with me. It just also shows there are a lot of people traumatized in the world, and when they don’t heal themselves they end up hurting the people around them. I just pray for healing and hope they find peace.”

“One of the things I really want to address is mental health awareness, especially with the stigma in the Asian community. Growing up, you don’t talk about your problems; you repress everything because you’re not supposed to air your dirty laundry. You get personal trainers for your body; you should 100% get therapy for your mind and your mental health,” Kelly said.