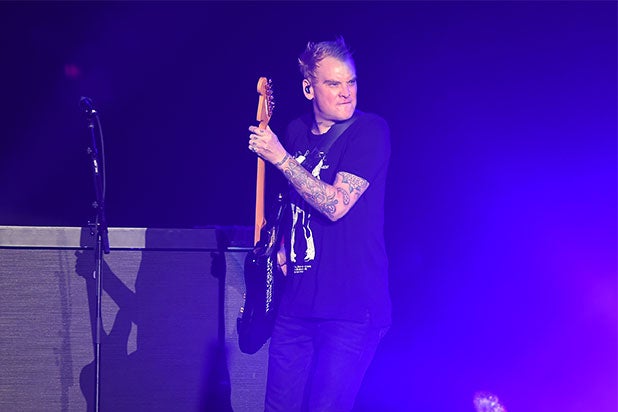 “I had a bad feeling about that event,” he told NME. “I consider myself a pagan and a witch. With every inch of my energy I wanted Fyre not to happen. I put all the electricity and energy in my body against that thing happening.”

He added that the idea of Fyre Festival was “classist and racist” given that there’s a lot of poverty in the Bahamas. Rich patrons spent tens of thousands of dollars for the event, expecting a luxury getaway on a private island in the Bahamas, only for their private jets to touch down in what many called a disaster area.

“It’s classist and racist and then they decided to park a bunch of yachts with models to show off in front of those poor people, going down there with all your Ferraris and bulls— and yachts,” he said.

Instead of plush cabanas, the guests were set up in “disaster relief tents,” and their gourmet food took the form of cheese sandwiches and wilting lettuce. Models like Kendall Jenner and Emily Ratajkowski were paid thousands for promoting the festival on Instagram. The failed event caused a PR meltdown, several lawsuits, and an FBI investigation.

Blink-182 pulled out of the festival last-minute because they were worried festival organizers would not be able to provide adequate production needed for their performance.

“We pulled out for technical and logistical issues and the rest of it crumbled to s— because that’s what it was. It was bulls—,” added Skiba. “I used my witchy ways and it seemed to work. I’ll take responsibility and everyone can blame me. Shazam. I was on my couch feeling somewhat guilty, but very relieved that I wasn’t there with people stealing from each other.”

He continued, “I didn’t want a bunch of people to be marooned on bulls— island… I put all my energy into it not happening because for all the tea in China I didn’t want to be a part of something like that.”