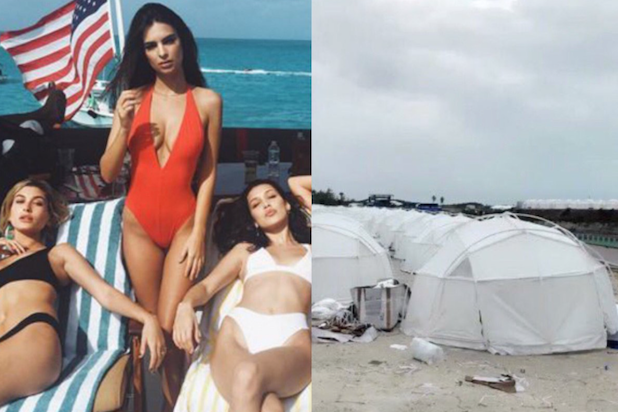 After several lawsuits have been filed and reputation in ruin, an FBI investigation has been added to the litany of problems following the Fyre Festival. The FBI is reportedly investigating on charges of fraud and cybercrime.

The New York Times reported the investigation is being conducted by the United States attorney’s office for the Southern District of New York in tandem with the FBI, being overseen by a prosecutor assigned to the complex frauds and cybercrime units.

It’s fair to say that festival-goers were sold unrealistic expectations by Billy McFarland, the festival’s 25-year-old organizer. Models like Kendall Jenner and Emily Ratajkowski were paid thousands for promoting the festival on Instagram, which was billed as having luxurious housing, delectable meals and hot musical performances. But when it came time, the festival was far from Instagram worthy. The tents were compared to FEMA tents, the food consisted of plain bread and cheese and Blink-182 dropped out at the last minute.

The festival organizers have been in hot water since April, after some serious logistical planning failures sparked more than one lawsuit. For one, Mark Geragos filed a $100 million lawsuit against Ja Rule and other organizers of the festival.

As the lawsuit notes, social media was aflame Friday with images from Fyre, which was billed as a supermodel-filled music festival in paradise but turned out to be a disappointing jumble of FEMA tents, canceled performances and unappetizing food. Geragos said his client, Daniel Jung, purchased a ticket package and airfare to the festival in the Bahamas for $2,000.