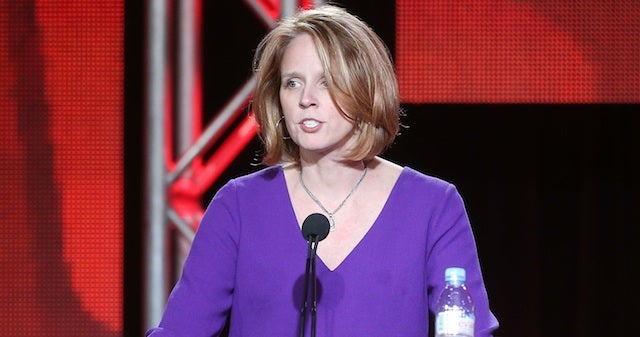 Blip CEO Kelly Day is wary when it comes to YouTube. She can't risk angering the biggest video site in the world, but she also has to convince its stars to join her operation.

That's why Day describes her site as "a complement" to YouTube, a platform they can use to build their own site — and supplement the money they see from Google.

Yet this balancing act does not inhibit her from speaking candidly about why she won't be rushing to copy YouTube's recent launch of subscription channels, or why creators could make more money on Blip.

One executive in the online video world described Day as the "flavor of the month" — so TheWrap spoke with Day to talk about whether that taste can linger.

A lot of emerging creators on YouTube have expressed the need to expand their business onto other sites. That would seem to be good news for Blip.
It’s been a tremendous opportunity for us. We have one of only the platforms for them to go. We launched The Pet Collective earlier this week. We’re well into development on a new channel we’re building with Ray William Johnson, which we’re planning to launch in October. And we’ve got a dozen other conversations going with other big YouTube channels that are very interested.

Do they want to leave YouTube?
No. Everybody gets the value that YouTube provides; it’s really about trying to diversify their position, have more control over their own destiny, have a more direct impact on the platform and have a more direct relationship with their audience.

Most YouTube channels don’t get their audiences’ email address. Everybody has their eye on looking for opportunities to go beyond advertising dollars and everyone wants to figure out how to scale their business.

So what’s your pitch to them for why Blip is the right place to do that?
We give them the platform and support in terms of building a meaningful presence off YouTube with premium monetization. We distribute everywhere – Xbox, Roku, AOL, Yahoo, and their owned and operated channels. It offers them one place to go for premium monetization.

How confident are you that Ray William Johnson can move his 9.9 million subscribers on YouTube to Blip?
We don’t move people from YouTube to Blip per se. We are building an owned and operated channel for Ray. It’s his channel on the Blip platform. He’ll give them content they can’t get on YouTube and more direct access to him. It’s for super fans who want more.

People usually charge for additional content. Would you offer subscriptions?
It’s early days for subscriptions. We’re curiously watching what YouTube is doing. I don’t think it’s a surprise you’re not hearing a lot of ‘Woohoos’ or windfall stories.

In order to get people to commit wallets every single month, it’s got to be something pretty unique in terms of quality, quantity and length of content. I applaud the experiment because I think some people will figure it out.

But you’ll still offer new products or features so creators can make more money than they are now?
For certain. We will definitely add more of these capabilities, but I’m not sure subscriptions will be at the top of the list the way YouTube has done it. I’m more skeptical about that. We are beginning work on other ways of tapping into the community to get them to pay for content.

Like what?
Everything from a partnership with Kickstarter to building more commerce capabilities into the platform, which will happen next year.

How does the partnership with Kickstarter work?
We cross-promote. Blip projects have a page on Kickstarter, and then some of the content creators who want to try and get Kickstarter projects we highlight and promote on Blip.

Blip announced a little over a year ago it would be producing original content. How's that going?
We did a slate of shows with My Damn Channel and another one with Michael Uslan, a slate of 12-15 shows.

And you funded them yourselves?
Some we deficit-funded. Some we’re out looking to have sponsors come on board. In cases where a sponsor in involved, I don’t see us putting out $1 million to create a show. We will continue to selectively invest in original content.

How would you classify your shows as compared to what else is online?
Premium is part of our DNA. We’re not an open platform; we have an application process and are selective about the content creators we work with. That differentiates us in the market from someone like YouTube.

We just hired Chris Mohney as our VP of programming from Tumblr specifically because we wanted to bring in someone with a very strong editorial voice who could help surface and highlight great content on the platform – either through promoting them on Blip or taking advantage of big social platforms like Facebook and Tumblr to build audiences for shows.

For those that are unfamiliar with Blip, what would be your message?
We are a complement to YouTube – not a competitor – and we support premium content creators in getting the widest distribution possible.