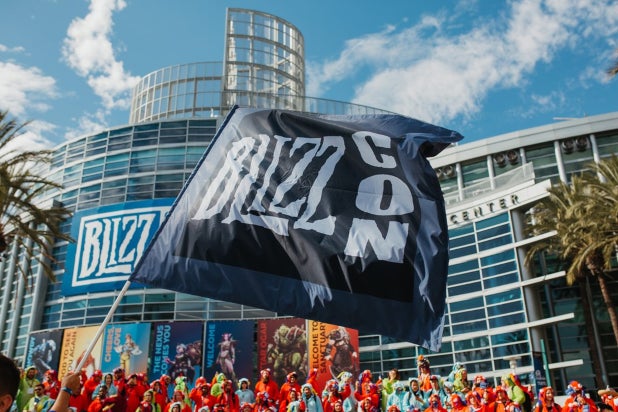 Blizzard Entertainment canceled its annual BlizzCon conference for this year because of the COVID-19 pandemic, the game developer said Tuesday.

“Ultimately, after considering our options, we’ve come to the very difficult decision to not have BlizzCon this year,” BlizzCon executive producer Saralyn Smith wrote in a blog post.

While last year’s conference took place in early November at the Anaheim Convention Center, Blizzard had refrained from announcing a specific show date for the 2020 event, noting in April that organizing the show might not be feasible in the middle of a pandemic.

“We’re feeling deeply disappointed about this decision, and imagine many of you will feel the same. I truly love BlizzCon, and I know that’s a sentiment shared by everyone at Blizzard,” Smith added. “We will sorely miss connecting with so many of you at the convention and ‘recharging our geek batteries’ this fall.”

Since 2005, BlizzCon has taken place each fall in Anaheim, and it’s an important event for Blizzard’s parent company, Activision Blizzard. In a regular events cycle, BlizzCon is one of only a handful of regional gaming conventions. It’s a key way for fans to network and for the publisher to gauge feedback on new games. Flagship Activision Blizzard titles like “Overwatch,” “World of Warcraft” and “Hearthstone” are some of the games that fans flock to the convention for — whether it’s live esports competitions, merchandise drops or new game releases.

BlizzCon was established prior to Blizzard Entertainment’s merge with Activision, which was finalized in 2008 — and was originally leveraged to capitalize on the success of its popular online multiplayer game “World of Warcraft”. Though Blizzard is now a subsidiary of Activision, it still uses the name of the popular convention.

Smith said Blizzard is working to produce an online version of BlizzCon that will still provide fans with live esports competitions and updates on Blizzard games. “We’d want to do this as soon as we could, but given that this is new-ish territory and the different factors involved, it will most likely be sometime early next year,” Smith said. “BlizzCon is also a stage for big esports events in Blizzard games each year, so we’re also looking into alternatives for supporting some of the high-level competition that would normally take place at the show.”

An update on BlizzCon: https://t.co/wgMYpIfGS5