Syndie indie powerhouse Debmar-Mercury ("The Wendy Williams Show") is partnering with ITV Studios ("Hell’s Kitchen") for an American version of Kyle’s hit talk show. The project, which could be on the air as soon as this year, will be unveiled at NATPE, the three-day syndication convention that opens Monday in Las Vegas.

Kyle, who’s described as more Maury Povich than Springer by people familiar with his schtick, hosted radio shows for a dozen years before taking his blunt style to the small screen via ITV. Since premiering five years ago, the show has added viewers each season and now ranks as the No. 1 daytime series in the UK, according to ITV and Debmar-Mercury.

“In less than five years, Jeremy Kyle has become a phenomenon in U.K. daytime television and has the talent to accomplish the same feat here,” Buccieri said. “This well-honed format crafted by ITV, combined with Debmar-Mercury’s winning track record as an innovative producer-distributor and our own ability to successfully adapt TV formats for U.S. viewers, gives us great confidence in this project.” 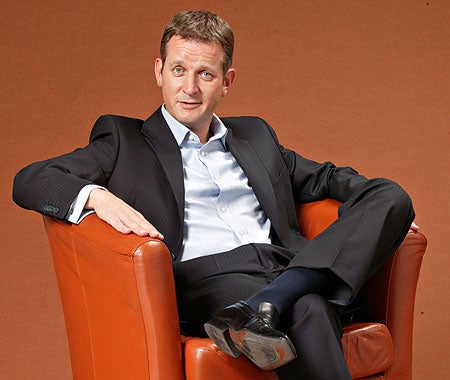 Debmar-Mercury is looking to replicate a rollout strategy it used for "Wendy Williams" by essentially previewing Kyle’s show for several weeks this year in key markets before aiming for a national rollout in 2011.

"Jeremy Kyle can conquer another continent," predicted Mort Marcus, who serves as co-president of Debmar-Mercury with Ira Bernstein. "His series also provides us with another very strong talk format that can spark the interest of viewers during a limited preview window and go on to become a long-term franchise for us, just as ‘The Wendy Williams Show’ did.”

Lonnie Burstein, executive VP of programming and production for Debmar-Mercury, and ITV Studios’ Buccieri will oversee production of Kyle’s U.S. show. Debmar-Mercury will handle U.S. distribution, while ITV Studios Global Entertainment will control the rest of the world.

Check out Kyle in action below: