Will there be another writers strike in two years? The answer could come as soon as Friday.
That’s when the Writers Guild of America West will tally the ballots from a contentious election campaign that ends with a vote Thursday night in the Guild’s L.A. headquarters. The outcome likely will determine just what kind of negotiating posture the Guild will assume in May 2011, when its current hard-fought contract with the studios ends. 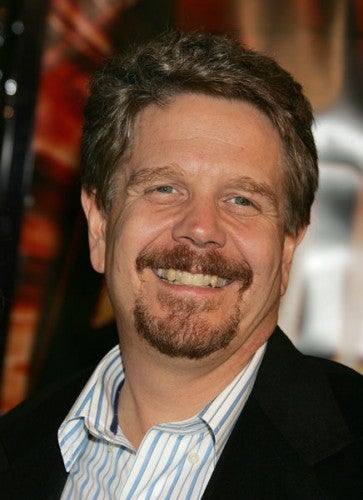 On one side of the presidential race is moderate, high-profile producer John Wells (pictured at left), who has already served one term as WGA West president (1999-2001), a tenure marked by the avoidance of a writers’ strike.
Running against him is Writers United’s Elias Davis (below), who’s backed by current president, Patric Verrone — aka the guy who didn’t avoid the strike.
With Verrone termed out, the vote is somewhat of a referendum on Writers United and its last two years of Guild oversight, with about 20 percent of the WGA West’s 8,000 members expected to turn out.
It was Verrone and his coalition’s tough stance on New Media negotiations that led to the 100-day strike in 2007-2008. Davis, who has served as Guild secretary under Verrone, was a staunch advocate of the stringent negotiating posture.
As expected, the rhetoric leading up to Thursday night’s vote hasn’t always been civil. 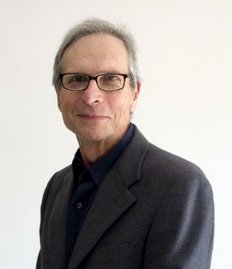 This was highlighted by a memo published last month by Verrone and former WGA West negotiating chair John Bowman, accusing Wells of undermining the  Guild by conducting clandestine negotiations with the Director’s Guild of America — the more moderate, studio friendly Guild that activist WGA and SAG members love to hate — during the strike.
“What we did not understand, and still don’t, is why one of our own would negotiate with the Directors Guild of America without informing his Guild’s president or the chair of its negotiating committee,” the memo stated.
For his part, Wells has said he was only trying to better understand the DGA’s studio deal so that the WGA could pattern its own after it. He also lashed out at Verrone for what he called the sorry state of relations between the WGA and the DGA.
“How bad was our relationship with the DGA?” Wells asked. “Patric Verrone hadn’t spoken to their president in seven months leading up to one of the most important strikes in our history. And John Bowman made no attempt whatsoever to create a working relationship with the chair of the DGA’s negotiating committee.”
Of course, with the WGA West’s studio deal up in May 2011, the choice of Wells or Davis will have an obvious effect on the possibility of there being another strike, with the New Media issue becoming even more crucial.
In any event, a Wells victory doesn’t necessarily marginalize Writers United — Verrone is one of 17 candidates running for the eight open seats on the WGA West’s board of directors.
Candidates for the vice president position include Verrone ally Tom Schulman and Michael Gould, who served on the negotiating committee during the last strike.
x
Looks like you're enjoying reading