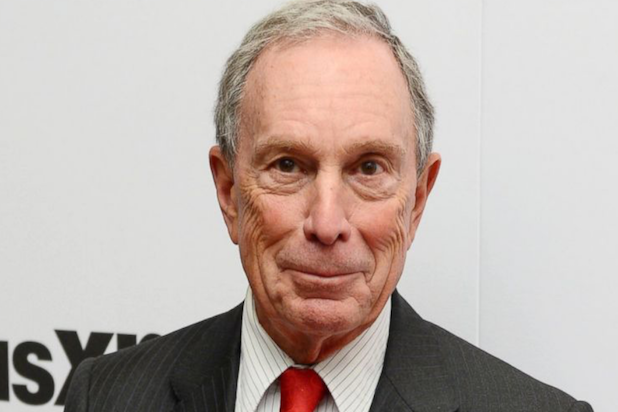 The former New York City mayor has gone on an unprecedented ad spending spree since the beginning of 2020, easily pouring more money into Facebook ads than President Donald Trump — who typically dominates the space — and the rest of his Democratic competitors combined.

Between Jan. 1 and Monday, the most recent day ad spending data is available, Bloomberg dropped $32.7 million on Facebook ads. For comparison, that’s nearly 600% more than the $5.69 million Donald Trump has spent during the same time period. Before Bloomberg entered the race, Trump typically lapped the field when it came to Facebook ad spending; during one week in September, for instance, he spent more than $1 million to punch back against cries for his impeachment.

At the same time, the top five Democrats from the New Hampshire primary — Bernie Sanders, Pete Buttigieg, Amy Klobuchar, Elizabeth Warren and Joe Biden — have spent less than $6 million altogether on Facebook ads. (Sanders leads the pack with about $2.5 million spent, followed by Buttigieg and Warren, who have both spent more than $1 million since the start of the year.) As for Tom Steyer, the other billionaire that’s putting big bucks into his presidential campaign, he’s put $5.36 million this year into Facebook.

Bloomberg’s ad spending compared to President Trump and other Democratic candidates, since start of 2020 (via Facebook’s ad library)

If you’re tired of being peppered with digital Bloomberg ads, it doesn’t appear to be slowing down anytime soon. After vowing to ramp up his ad spending following the Iowa caucus, Bloomberg has pumped about $9 million into Facebook in the last week; the next closest politician, President Trump, has put less than $750,000 into Facebook during that time.

Bloomberg’s ads tend to focus on Trump and his performance in the White House.

“This is the Trump White House,” one ad reads, before hitting a brief checklist: “Government shutdown; administration turnover; record deficit. It’s time to vote him out.” Other ads rip Trump for his healthcare policies and the “chaos” that’s followed him since entering office.

Younger voters, who may not check Facebook too much, have likely been unable to escape Bloomberg’s ad blitz, too, considering much of his Facebook ad spending goes towards Instagram. The New York Times on Wednesday night glowingly profiled the 77-year-old’s partnership with several top meme accounts; here’s a look at one example of Bloomberg’s paid outreach to Millennials and Gen Z’ers:

Bloomberg’s increased ad spending has coincided with a rise in the polls, but it’s also irked some of his fellow Democratic candidates.

“He’s part of the problem,” Sanders said in a SiriusXM interview on Sunday. “Look: Bloomberg — anybody else in America — has the right to run for president, but I think in a democracy, you do not have the right to buy the presidency.”