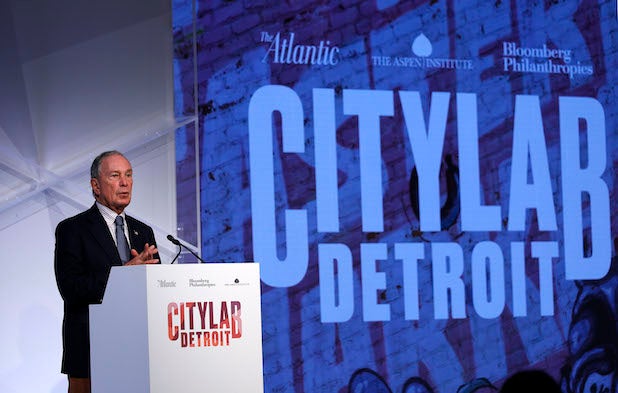 Bloomberg Media announced on Tuesday that it is acquiring CityLab, The Atlantic’s standalone site for reporting on urban housing, transportation, technology, and design.

Under Bloomberg Media’s ownership, the site will continue to operate as a stand-alone entity and maintain its branding, the publisher said in its announcement. The acquisition — Bloomberg Media’s first since 2009 — will also include CityLab’s event series, which has regularly included Michael Bloomberg, now a presidential candidate, as a featured speaker.

“CityLab is a leading destination for smart reads on urban solutions, a critical topic of the new economy. We believe this acquisition will strengthen our portfolio of content verticals across our platforms, while providing more opportunities for advertisers to connect to our readers,” Justin B. Smith, the chief executive officer of Bloomberg Media, said in a statement.

A Bloomberg Media spokesperson told TheWrap that an office relocation is in the works for CityLab, which is currently headquartered in Washington, D.C. with The Atlantic; details about the move and other integration plans will be announced at the end of this year when the deal is officially closed.

“Bloomberg Media deeply understands and appreciates CityLab’s mission and reporting, and is positioned to support the continuation of this important work and brand that we’re proud to have built over the last eight years,” Michael Finnegan, the president of Atlantic Media, said in a statement. “We look forward to seeing CityLab continue to prosper under the Bloomberg banner.”