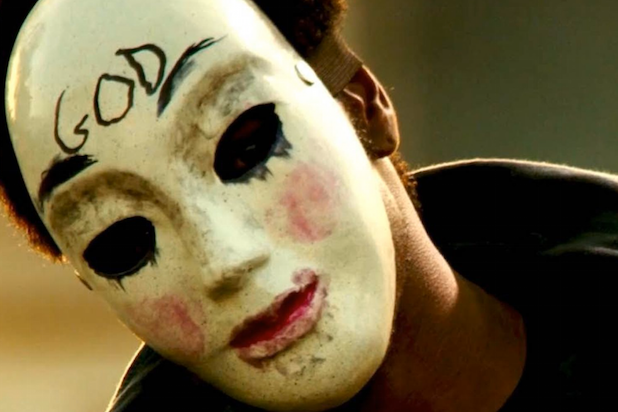 Blumhouse is launching an independent television studio with ITV Studios, which will own 45 percent of the venture.

Together, the two will adapt “The Purge” for USA Network and Syfy, and create a Roger Ailes limited series for Showtime.

Blumhouse Television has already made its mark on the small screen, producing “The Jinx” and “The Normal Heart.” Jason Blum’s film division is in the midst of a 10-year deal with Universal Pictures, which has already resulted in “Get Out” and “Whiplash,” among other movies.

Platinum Dunes and DeMonaco’s longtime producing partner Sebastien K. Lemercier will executive produce the “Purge” TV series. The next film in the franchise opens in summer 2018.

Blumhouse Television is also the lead studio on “Secure and Hold: The Last Days Of Roger Ailes,” a limited scripted series in development at Showtime based on Gabriel Sherman’s reports of Fox News founder Roger Ailes. Tom McCarthy (“Spotlight”) is running the series, which is also being written and co-executive produced by John Harrington Bland, Sherman and Jennifer Stahl.

The indie studio will continue to be led by recently hired co-presidents, Marci Wiseman and Jeremy Gold.

“Over the past few years, we have been working to build Blumhouse Television into an independent studio so we can have the autonomy to work with the best storytellers and give them freedom to create the best dark genre programming,” Blum said in a statement. “It is a dream that day is here. Julian and his team at ITV are remarkable partners and we can’t wait to kick things off with ‘The Purge’ and ‘Secure and Hold.’ We are excited that with the launch of this new studio, we are expanding our partnership with NBCUniversal by growing ‘The Purge’ franchise into a television series and are grateful for their incredible support of Blumhouse overall.”

Before Blumhouse, Blum served as co-head of the acquisitions and co-productions department at Miramax Films. At his own venture, Blum has proven a new model of high-quality films on “micro” budgets.

“Jason and his team have an unrivalled reputation in the suspense and thriller genres, delivering hit after hit at the US and international box office,” Julian Bellamy, managing director of ITV Studios, added:  They have very quickly established an enviable track record by applying these skills to television and we are delighted to come on board for the next stage of the company’s exciting development. This partnership is another step forward in ITV Studios building a global scripted business of scale.”

Gold and Wiseman, who extended their longterm deals as part of the partnership with ITV, will continue to report to Blum and Charles Layton, President of Blumhouse. All of them will join ITV on the board of the independent TV company.

Wiseman and Gold said: “We joined Blumhouse Television to help Jason, Charles and the team transform the company into an independent studio and we are grateful to be well on our way. We are excited to build on the Blumhouse brand for genre storytelling by creating scripted and unscripted shows that scare us, thrill us and move us. At Blumhouse Television, we are not just telling stories about monsters under the bed, but also the things that keep us awake at night.”