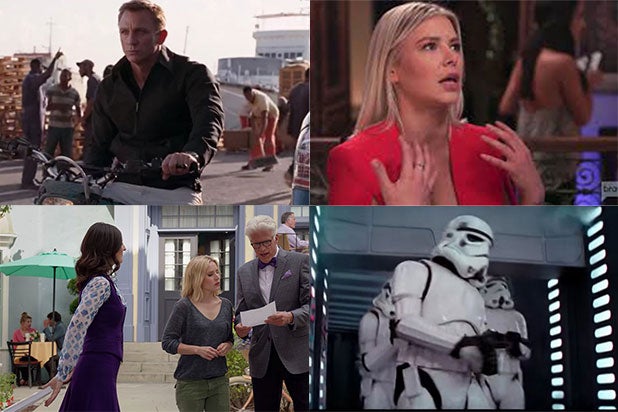 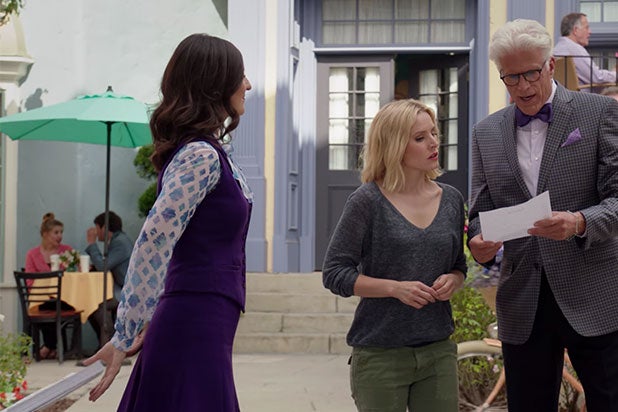 NBC
"The Good Place" In season one of the NBC show, Ted Danson's character Michael asks Janet for a roster -- and you can see an on-set assistant literally hand Janet the document from off-screen. How this made it past the editing room is unclear. 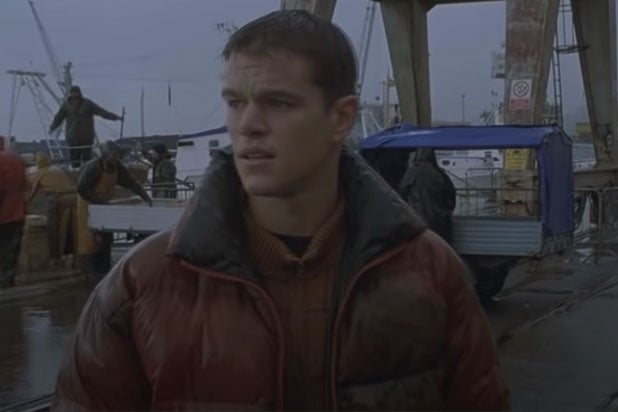 Universal
"The Bourne Identity" In an infamous shot in this movie, Matt Damon's Jason Bourne has to disappear from screen -- but you can clearly see Damon running and ducking behind a moving car and just running alongside it to get out of the shot. 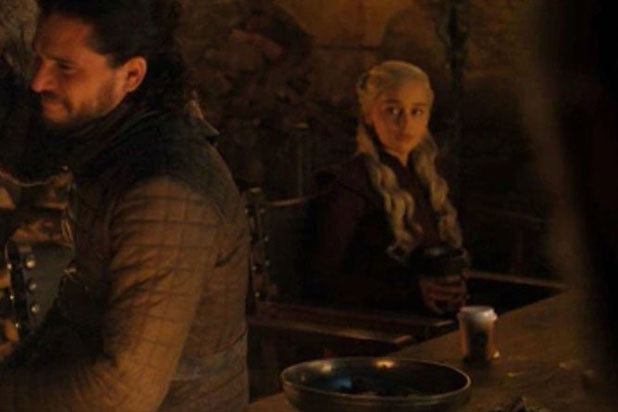 HBO
"Game of Thrones" Perhaps the most infamous blunder in TV history happened on one of the biggest TV shows, "Game of Thrones." In the episode titled “The Last of the Starks," a Starbucks coffee cup was spotted sitting on a table in front of Daenerys.  “The latte that appeared in the episode was a mistake. Daenerys had ordered an herbal tea,” HBO said in a statement following the error. 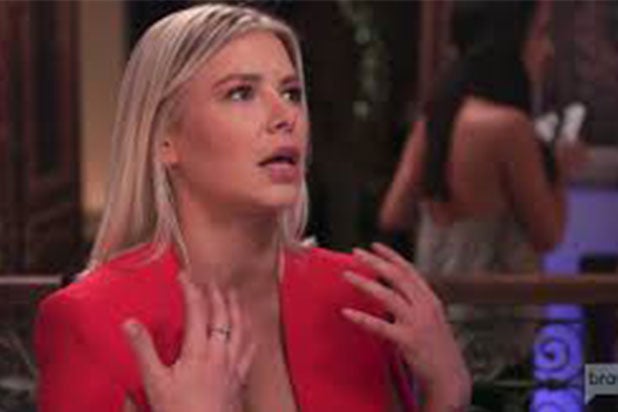 Bravo
"Vanderpump Rules" Fans slammed the reality show when Ariana Madix's hair seemed to grow three inches from one scene to the next -- and her makeup seeming to change. 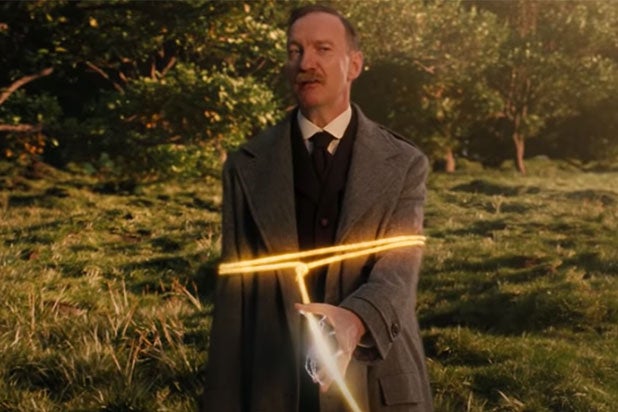 Warner Bros
"Wonder Woman"  In the climax of the movie where Diana meets Ares, she has him tied up in her lasso -- but when he frees himself and Diana is thrown away from the blast, the lasso is seen perfectly wrapped up on her body. 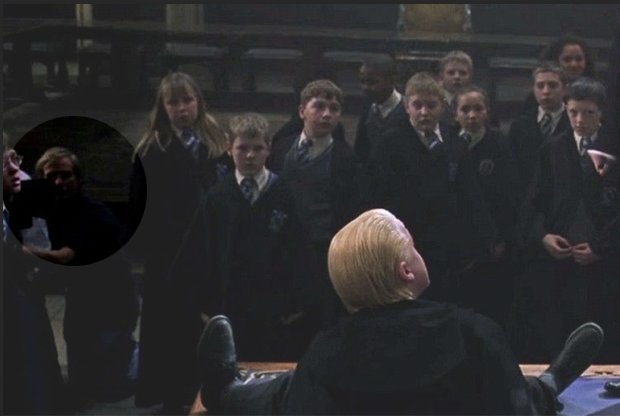 Warner Bros.
"Harry Potter and the Chamber of Secrets" In the dueling scene between Harry and Malfoy during Professor Lockhart's lesson, you can see a cameraman kneeling down amid other Hogwarts students. 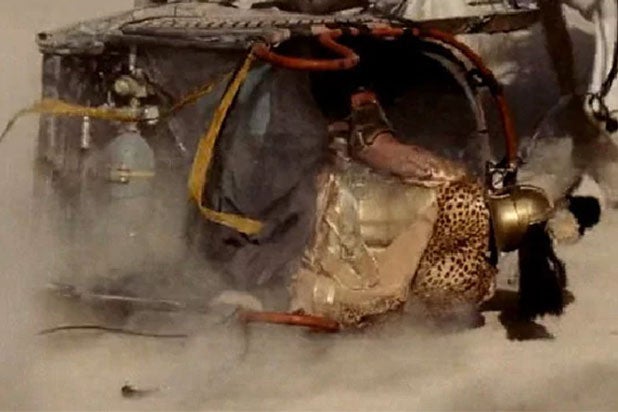 Universal
"Gladiator" "Gladiator" may have won several Oscars, including Best Visual Effects, but that doesn't mean it didn't have its fair share of editing errors. During a battle at the Colosseum, a chariot flips over, revealing a giant gas canister on the back of it. Those definitely did not exist in Ancient Rome. 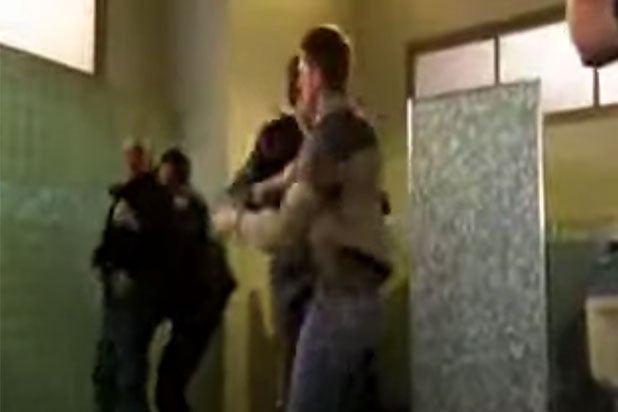 Warner Bros.
"Veronica Mars" When Logan and Weevil are fighting in one scene, you can literally see a cameraman's elbow in the shot. 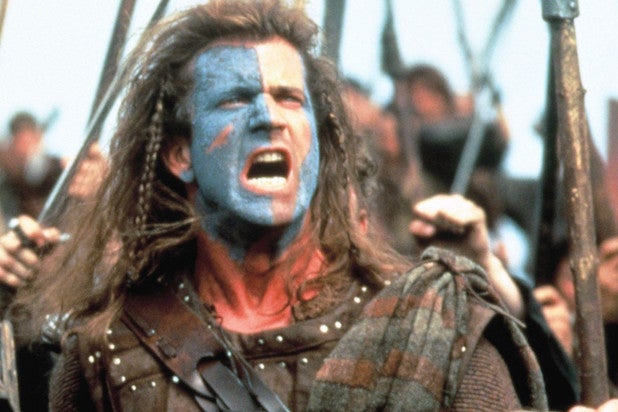 "Braveheart" Set in the late-13th-century, "Braveheart" for some reason featured a white van in the background in a scene. And in another, a guy wearing a baseball cap is seen walking across the screen. 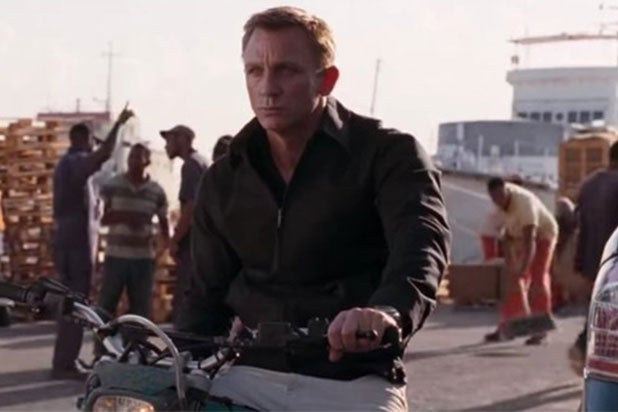 MGM
"Quantum of Solace" This one is truly cringe-worthy -- in one scene in the James Bond entry, a guy is sweeping the floor in the background, but is clearly not even touching the ground with the broom. Probably to prevent the camera from picking up dust in the shot. 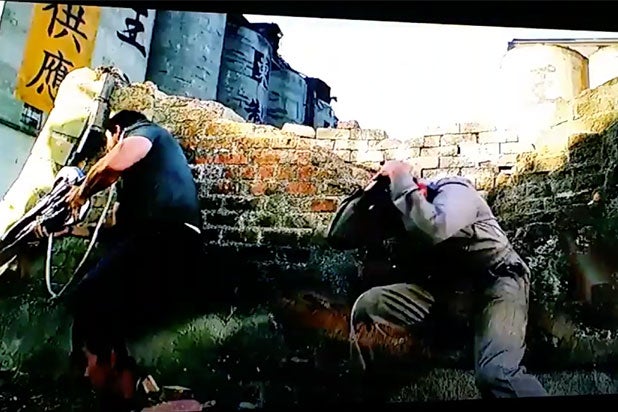 Paramount
"Transformers: Age of Extinction" In the battle between Lockdown and Optimus Prime, Mark Wahlberg's character encroaches on the fight and hides behind a wall -- only to have a random guy suddenly appear next to him before a blast goes off. 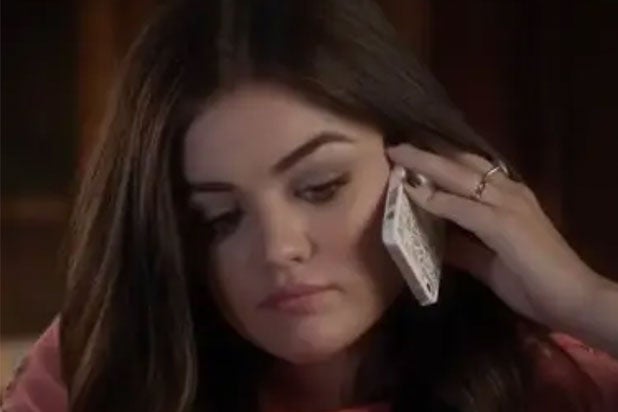 ABC
"Pretty Little Liars" The hit TV show had a bunch of timeline issues, but here's a simple one: In one scene, Aria (Lucy Hale) picks up her phone, but it's upside down. And no one bothered to fix it. 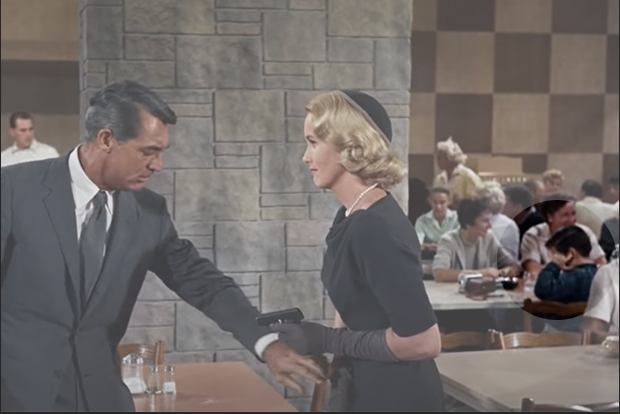 "North by Northwest" There was nothing surprising about the shooting scene in the 1959 film, because before a gun is even whipped out, a kid in the background plugs his ears to shield himself from the upcoming gun sounds. 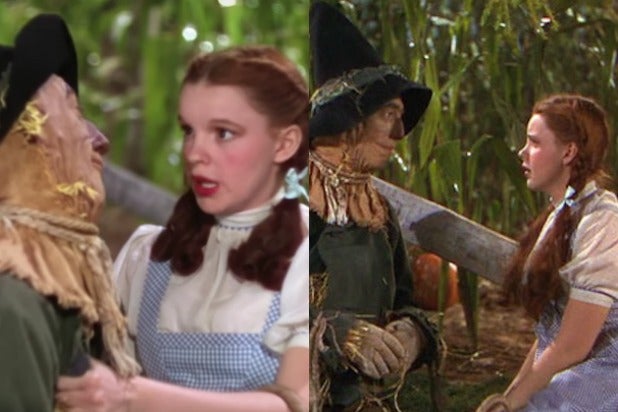 MGM
"The Wizard of Oz" Continuity issues arose during filming, including one that slipped through the cracks and made it into the final film. We're talking about Dorothy's hair length in the scene where she first encounters the Scarecrow. It’s short, it's long, it's short again. 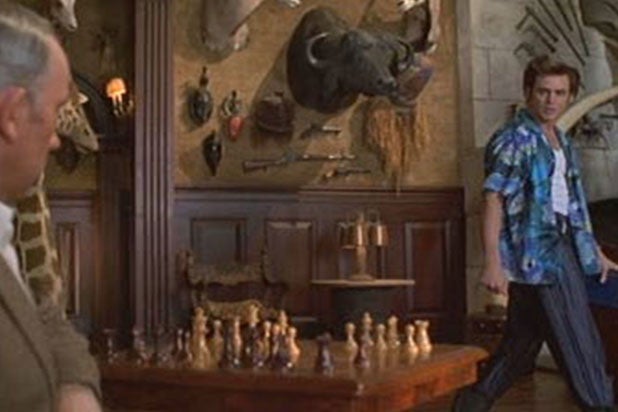 Warner Bros.
"Ace Ventura: When Nature Calls" As Ace is making his accusations to the Consulate and the camera pans back and forth, chess pieces on the chess board magically disappear from one scene to the next. 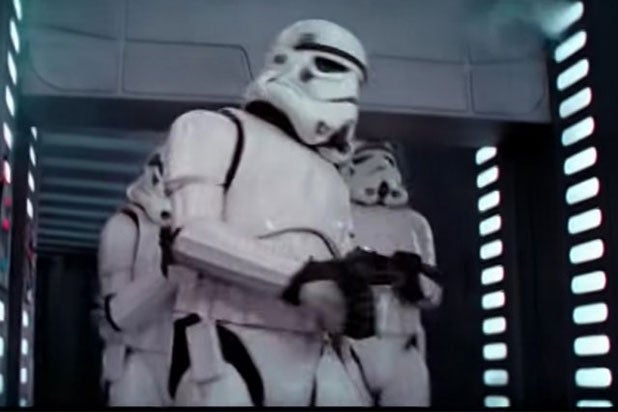 Disney
"Star Wars: A New Hope" This might be the most famous blunder of all: In "A New Hope," a Stormtrooper can be seen accidentally banging his head on a door ceiling -- and it actually stayed in the movie. 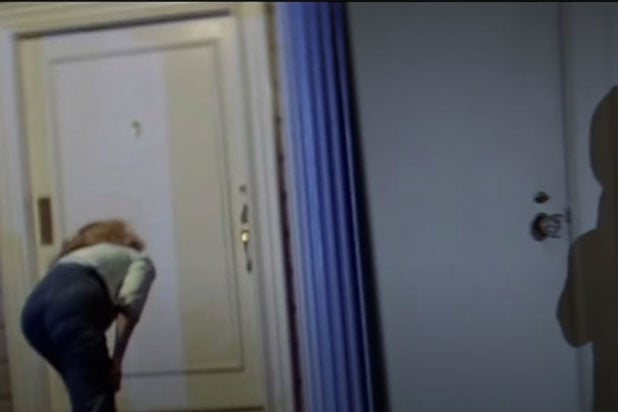 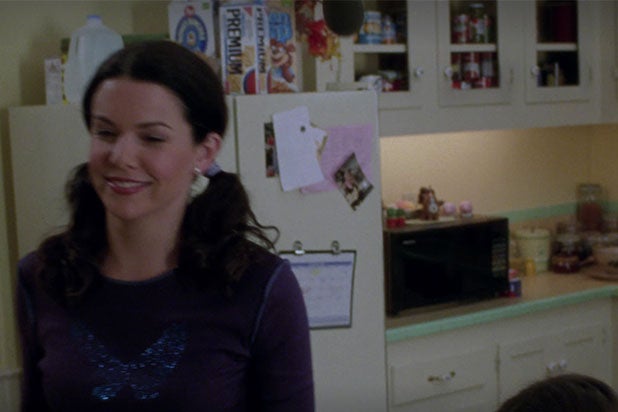 Netflix
"Gilmore Girls" In a season one episode titled "Star-Crossed Lovers and Other Strangers," Lorelai and Rory are talking in the kitchen when a microphone casually sneaks its way into the shot.
x
Looks like you're enjoying reading