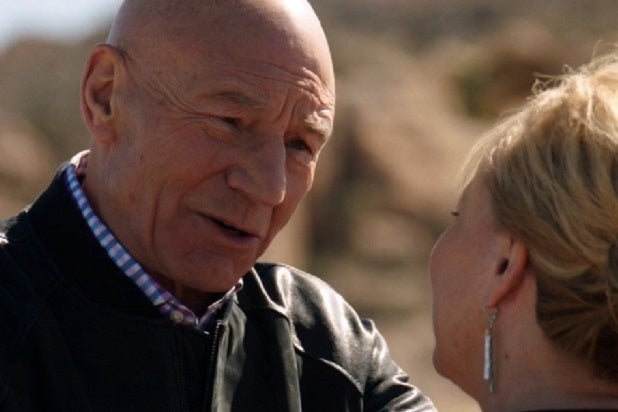 In a clip from tonight’s episode, Blunt attempts to persuade Rosalie to face facts about her husband, despite her reluctance.

“You have to face up to what’s going on,” Blunt says. “I’m going to say this straight out. Is Teddy showing signs of dementia?”

“No, please, don’t say that word, Walter,” Rosalie responds. “I don’t want to watch Teddy disappear in front of my eyes, like my mother did, ’til he’s a stranger.”

“Blunt Talk,” which is created by Jonathan Ames and produced by “Family Guy” boss Seth MacFarlane, airs Saturdays at 9 p.m. on Starz. Watch the sneak peek below.