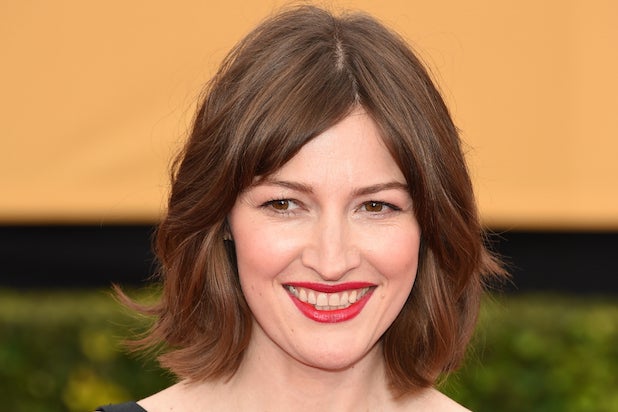 “Boardwalk Empire” alum Kelly Macdonald has been cast as one of the female leads in Ricky Gervais‘ Netflix movie “Special Correspondents,” an individual familiar with the project has told TheWrap.

Gervais is writing and directing the satirical comedy, which he’ll also produce with Aaron L. Gilbert of Bron Studios and Chris Coen of Unanimous Entertainment as well as Manuel Munz.

Eric Bana stars as Frank, an arrogant New York-based radio journalist whose decadent lifestyle has hindered his career. With his job on the line, he decides to fake frontline war reports from the comfort of his hideout above a Spanish restaurant in Manhattan.

Macdonald will play Claire Makepeace, a colleague of Bana’s at the radio station, where she has been harboring a crush on Finch, who will be played by Gervais. When Frank and Finch go missing, she becomes the face of the station in the press.

Benjamin Bratt co-stars as Bana’s TV anchor nemesis in the film, which is expected to debut on Netflix next year.

Macdonald, who played Margaret on HBO’s “Boardwalk Empire,” is also well known for playing Helena Ravenclaw in the final “Harry Potter” movie. Her other feature credits include the Coen brothers’ Oscar-winning thriller “No Country for Old Men” and Danny Boyle‘s breakout movie “Trainspotting.”

She also voiced the red-headed lead of Merida in Pixar’s hit animated movie “Brave” and won an Emmy for starring in David Yates‘ HBO movie “The Girl in the Cafe.”

Macdonald is represented by ICM Partners and Independent Talent Group.