Bob Garfield, co-host of New York Public Radio’s program “On the Media,” was fired on Monday for violating the station’s anti-bullying policy, WNYC said in a statement.

The move came “following a recent investigation conducted by an outside investigator that found that he had violated the policy.”

The station added that Garfield was the subject of another investigation last year, “which also found that he had violated the policy, and which resulted in disciplinary action, a warning about the potential consequences if the behavior continued, and a meaningful opportunity to correct it.” 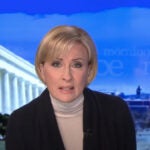 In an email to The New York Times, Garfield wrote, “I was fired not for ‘bullying’ per se but for yelling at two meetings … In both cases, as will be clear eventually, the provocation was extraordinary and simply shocking.” He added that the 2020 investigation also involved yelling that “involved gross insubordination under production pressure.”

Brooke Gladstone will continue on as host and managing editor of “On the Media,” WNYC said.

Bob Garfield hosted “On the Media” for 20 years and also hosts the podcast “The Genius Dialogues.” 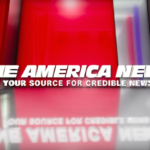