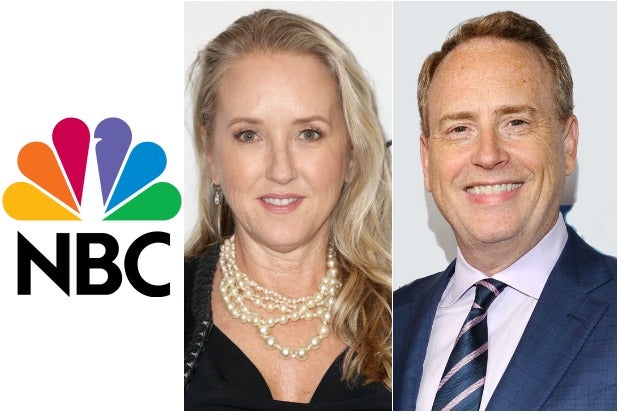 NBC has lost a lot of talent in 2018 — and we’re not talking about the kind you see on-screen. Chairman Bob Greenblatt’s final day leading the network and its studio is Tuesday, when he follows his former lieutenant Jen Salke out the door.

In February, Salke left her role as head of NBC’s scripted team to lead Amazon Studios, a position that was vacated after accusations of sexual misconduct were made against Roy Price. That candidate search, we’ve been told, came down to Salke and Fox’s Dana Walden, who herself should soon be doing big things for Disney.

Three months later, Salke brought Vernon Sanders, who worked with her under his production deal at NBCUniversal, to Amazon as Albert Cheng’s co-head of TV. That recruitment was another blow to NBC. Like Salke, Sanders is both well-respected and generally beloved by his peers in the industry.

How does a network handle a year like this one for NBC? Well, first you remind yourself that you’re No. 1 in Nielsen TV ratings — and then you promote tandems to replace strong individuals — something the Comcast-owned company has done in both of these non-ideal situations.

About a week after Salke’s departure, NBC upped Tracey Pakosta (comedy) and Lisa Katz (drama) to lead its scripted team as a duo. On Wednesday, the pairing of Paul Telegdy (unscripted) and George Cheeks (late-night) will officially takeover Greenblatt’s high-profile role.

To get where you want to go, however, it is said that one must remember where you came from. So let’s look back at Greenblatt and Salke’s — the architects of NBC’s historic turnaround — joint success.

Greenblatt joined NBC in the middle of the 2010-11 TV season, one which NBC finished tied for last place in the key adults 18-49 demographic among the Big 4 broadcast networks. It was fourth alone in total viewers. That season wasn’t an outlier — it was NBC’s seventh straight last-place finish in terms of overall audience members. The network had been dead last or tied for last in the demo over each of those seasons as well.

After Salke became head of scripted in July 2011, she and boss Bob immediately brought NBC up to No. 3 for two years running. The network then won four of the next five traditional September to May seasons. During that stretch, NBC was No. 2 to CBS in total eyeballs each year.

Here, we should point out that “Sunday Night Football” and the Olympics both pre-date the Greenblatt era by more than a decade — so it wasn’t that.

The success is even greater when looking at a full-year, 52-week run, which NBC naturally prefers to do now that it’s won eight summers in a row in the key demo and four in total viewers. Wouldn’t you?

Earlier this month, NBC touted its first outright September-September victory, dropping CBS from the tallest total-viewer podium. That achievement played into why Greenblatt left, a person with knowledge of this past weekend’s exit discussions with NBCUniversal CEO Steve Burke tells TheWrap.

Greenblatt was driven to turn in a complete NBC turnaround, which he viewed as finishing first outright. So, checkmark there. Plus, the musical theater nerd — who once accompanied Dolly Parton on the piano at an NBC upfront event — just won his Emmy for the John Legend-starring “Jesus Christ Superstar Live in Concert.” What more was there to accomplish?

Add in the recent and sudden death of friend Craig Zadan, which hit Greenblatt particularly hard, per insiders, making him reconsider his priorities.

Finally, there is the seven-year itch Bob seems to have a repeated need to scratch, according to his resume. It was time, it seems.

While he’ll stay on as a consultant to aid Telegdy and Cheeks and continue to work on NBC’s annual live-TV musicals, it’s unclear what Greenblatt’s next “challenge” will be. He’s got time to figure it out. With the traditional fall television season starting tonight, NBC does not.

(Which reminds us: Watch the new season of “The Voice” premiere tonight at 8/7 and stick around for the series premiere of “Manifest” at 10!)

So where does the network go from here? Well, we know who gets Greenblatt and Salke’s offices — but there are more key jobs to replenish.

President of Universal Television Alternative Studio Meredith Ahr will likely backfill Telegdy’s role, we’re told. Cheeks’ now-vacated job is also probable to be filled from within, as Burke believes in building up — and rewarding — a strong internal farm system.

That’s important. And it’s just as important not to panic. Remember, NBC employees: Though Greenblatt may be riding off into the sunset on Tuesday, “This Is Us” returns for Season 3 like an hour later. It’ll all be OK.