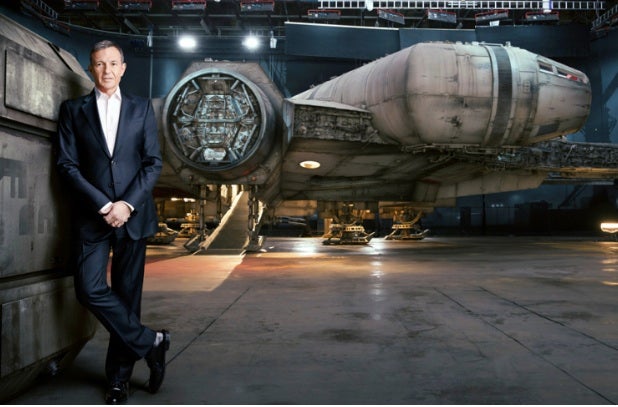 Iger touches on everything from the much-anticipated new “Star Wars” film to his dual roles as CEO and CTO at Disney.

1. Iger likes to spread the technology

Iger has never hired one overarching chief technology officer at Disney. Instead, he hired several CTO’s for Disney’s respective units.

“It gives the businesses the ability to experiment and try even if they fail on some of the things that they do, without a corporate watchdog looking over their shoulder all the time,” Iger said.

Other media titans praised Iger in the story:

Also Read: Why Bob Iger Reconsidered His Retirement From The Walt Disney Co.

Iger’s relationship with the late Apple CEO Steve Jobs shaped much of the Disney CEO’s thinking and decisions today. Upon becoming the CEO in 2005, Iger called Jobs to address issues he and former Disney CEO Michael Eisner had.

“I told him I was well aware of how strained the relationship had become,” Iger said. “I said, ‘I know you think it’s going to be business as usual, but I’d like to prove to you that it’s not.’ ”

Apparently, he proved it to Jobs.

“Occasionally we would stand in front of a whiteboard and talk about ideas. We’d just muse on business. When you think about it, media’s the intersection of content and technology — it’s all about storytelling, like photography and the camera. So we’d talk about that a lot, the intersection between the story and the gadget.”

3. Under Iger, interactive is in

“If you’re going to win big, you have to get in early,” Iger said. “If you get in late, the marketplace is so dynamic and the technology’s changing so much that oftentimes you make an investment in something that you’ve witnessed working, but it’s on the cusp of vast change. We lost a fair amount of money in the process, but we learned from that.”

Iger is expected to step down as CEO in three years. 2014 was a record year for the company; it recorded $48.8 billion in revenue, up 8 percent from a year-ago period.