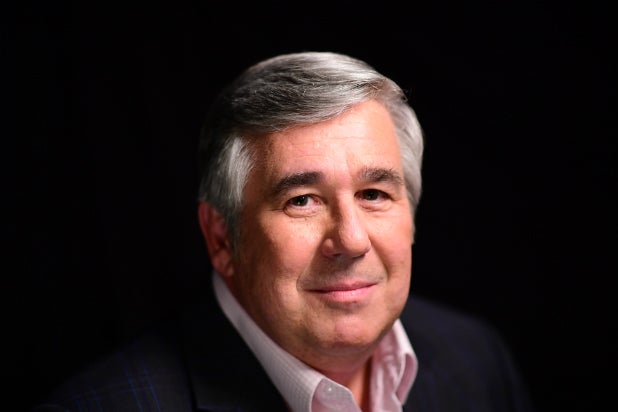 Bob Ley, the former longtime ESPN host and the highly respected face of its investigative journalism group, has laid into the cable channel over its recent mass-layoffs.

“Trying to remain objective and unemotional as I learn of the @espn team members laid off today. Not possible,” Ley tweeted on Thursday. “Not as I see countless decades of journalistic experience, and expertise jettisoned. Just when we need it most. Enjoy the DIS stock price and your NFL football.”

DIS is the ticker symbol for ESPN’s parent The Walt Disney Company. Shares in Disney rose about $2 apiece on Thursday.

ESPN is the home of pricey property “Monday Night Football.” Disney is also expected to make a play for TV’s top-rated program, “Sunday Night Football,” when NBC’s rights expire. Should The Walt Disney Company acquire those rights, it is likely the primetime Sunday football would air on broadcast network ABC and not ESPN.

“Prior to the pandemic, we had been deeply engaged in strategizing how best to position ESPN for future success amidst tremendous disruption in how fans consume sports,” Pitaro wrote. “The pandemic’s significant impact on our business clearly accelerated those forward-looking discussions. In the short term, we enacted various steps like executive and talent salary reductions, furloughs and budget cuts, and we implemented innovative operations and production approaches, all in an effort to weather the COVID storm.”

“We have, however, reached an inflection point. The speed at which change is occurring requires great urgency, and we must now deliver on serving sports fans in a myriad of new ways. Placing resources in support of our direct-to-consumer business strategy, digital and, of course, continued innovative television experiences, is more critical than ever.”

Pitaro told staff ESPN has “overcome tremendous challenges and adversity over these past several months” and that the job eliminations “were not made lightly.”

“They are, however, necessary and I am convinced that we will move forward and effectively navigate this unprecedented disruption.”

Trying to remain objective and unemotional as I learn of the @espn team members laid off today. Not possible. Not as I see countless decades of journalistic experience, and expertise jettisoned. Just when we need it most. Enjoy the DIS stock price and your NFL football.

Ley retired from ESPN in June 2019 following a remarkable 40-year run there. The sports journalism legend joined what became the “Worldwide Leader in Sports” on its very first weekend in 1979.