Where are Walter White’s tighty whities when you need them?

On Saturday, “Better Call Saul” star Bob Odenkirk made a surprise appearance during AMC’s panel at the Television Critics Association press tour to promote Season 4 of his “Breaking Bad” prequel series. And he, uh, had an interesting way of getting across his message.

Apparently Odenkirk is so dedicated to playing lawyer Jimmy McGill aka young Saul Goodman that he got the show’s logo (encircled by a heart with an arrow through it) and upcoming season premiere date (August 6) tattooed on his back side. And TheWrap knows this because we were in the room when he dropped trou to show it off.

Actually, it’s a fake and all the critics were given one to take home and apply to their own rears.

While Odenkirk’s derriere ink wasn’t real, it cracked the audience up enough that we couldn’t help but feel sorry for the cast and executive producers of the network’s new series “Lodge 49,” as they were the first show up after the actor left the stage.

Our sympathies, guys. Though we’re excited to see the new Wyatt Russell and Brent Jennings-led drama, there was just no way you were ever going to top that butt bit. Hopefully Odenkirk can make it up to them on August 6, as “Better Call Saul”s fourth season premiere is the lead-in for “Lodge 49”s 10 p.m. series debut. 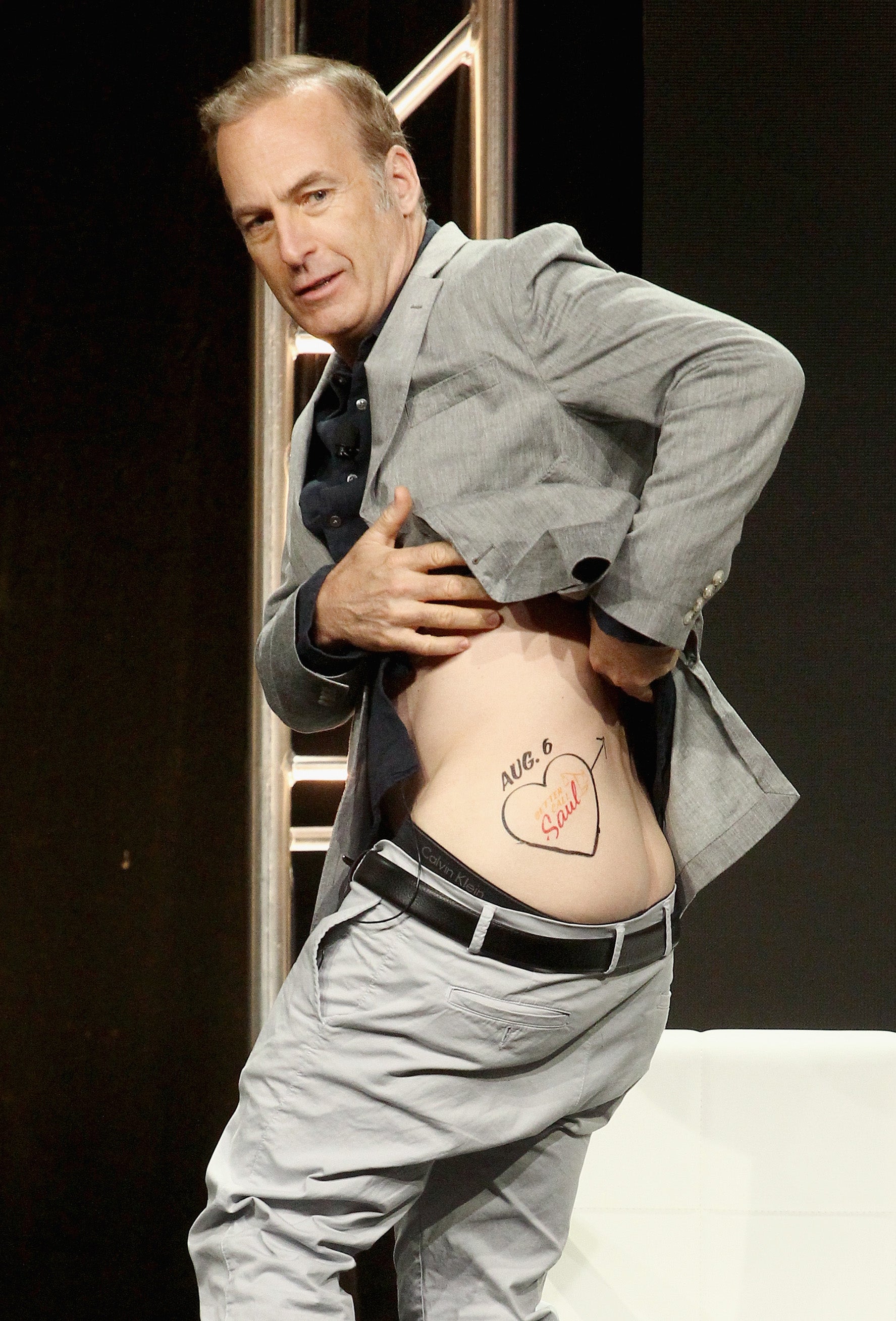