Bob Rafelson, director of the Oscar-nominated “Five Easy Pieces” and producer of Dennis Hopper’s “Easy Rider,” died on Saturday in Aspen, Colorado, his wife Gabrielle Taurek confirmed to TheWrap. He was 89.

Rafelson was one of the leading figures of the New Hollywood movement in the 1970s, working with stars like Jack Nicholson, Bruce Dern and Jessica Lange. With “Five Easy Pieces” in 1970, Rafelson earned an Academy Award nomination for Best Picture, with Nicholson earning a Best Actor nomination in a career-launching performance as an oil rig worker forced to reunite with his upper-class musician family after hearing the news that his father is dying.

Rafelson got his start in feature filmmaking thanks to a successful career in television in the 1960s, highlighted by the success of the music-comedy series “The Monkees” from 1966 to 1968. The success of the show and the band, which produced chart-toppers like “I’m a Believer,” became a lasting icon of 1960s pop and won Rafelson an Emmy for Outstanding Comedy Series with producing partner Bert Schneider, with whom he co-founded Raybert Productions. 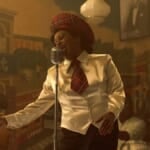 “The Monkees” also helped begin a decades-long partnership between Rafelson and Jack Nicholson as the pair co-wrote “Head,” a plotless satire starring The Monkees in a psychedelic takedown of the image the band had created for itself through the TV series. Savaged by the band’s fans and critics alike, “Head” was a box office bomb in 1968.

But right after that failure, Rafelson had one of his biggest successes ever as a producer with Dennis Hopper’s “Easy Rider,” one of the most famous counterculture films ever made. The film starred Hopper and Peter Fonda as a pair of motorcycle riders traveling across the southern U.S., encountering the ugly underbelly of American culture in an adventure that explores the rise and fall of the hippie movement.

Off of the success of “Easy Rider” and “Five Easy Pieces,” Rafelson and Schneider built Raybert, later known as BBS Productions, into one of the leading indie labels during the New Hollywood boom. With fellow producer Stephen Blauner, Rafelson, Schneider and BBS exploded onto the film scene as the producers of Peter Bogdanovich’s iconic 1971 film “The Last Picture Show,” which earned a Best Picture nomination and Oscars for supporting stars Ben Johnson and Cloris Leachman. 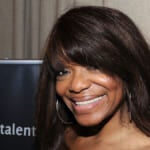 In 1972, Rafelson reunited with Nicholson as a director-actor pair on the drama “The King of Marvin Gardens,” which stars Nicholson and Bruce Dern as a pair of estranged brothers — one a depressed radio host and the other an extroverted con man — who must work out their tensions during a cold Atlantic City winter.

Rafelson is survived by his ex-wife, Gabrielle, sons Ethan and Harper, and daughter-in-law Karen.