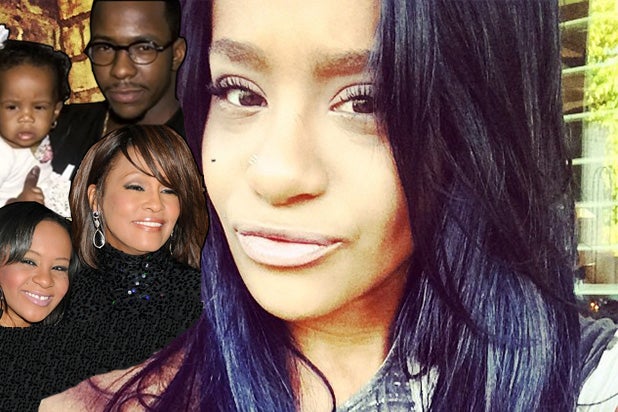 Bobbi Kristina Brown, the troubled 22-year-old daughter of Bobby Brown and deceased singer Whitney Houston, is not being brought home to live out her final days, according to Bobby Brown‘s attorney.

“Bobbi Kristina is not going home to die as numerous news affiliates and websites have reported,” Brown said.

The attorney also sought to clear the air over a TMZ report that Bobby Brown has been arguing with his sister and Bobbi Kristina’s aunt, Leolah Brown.

“Furthermore, let me be clear, Bobby Brown has not made any comments to TMZ or any reporting agency, despite the TMZ article reporting that he is feuding/angry with his sister Leolah Brown. Bobby Brown never gave an interview to TMZ,” the attorney noted.

In his own statement, Bobby Brown said that he is working with Bobbi Kristina’s co-guardian Pat Houston on caring for Bobbi Kristina. He also said they are focusing on a criminal investigation into who caused his daughter’s injuries.

“Unless you hear it directly from me or through my attorney, do not believe any words attributed to me. I am making decisions with Pat Houston and we are working together for the medical care of my daughter. I do not have time for the frequent side shows that others choose to engage in almost on a daily basis,” Brown said. “Right now we are focused on Bobbi Kristina’s medical prognosis and the criminal investigation. These are the priorities for us. Whoever had a hand in causing my daughter’s injuries needs to be brought to justice.”

Bobbi Kristina Brown was rushed to the hospital and placed in a medically-induced coma after being found face-down and unresponsive in the bathtub of her Roswell, Georgia, home on Jan. 31. Though she is no longer in the coma, contradicting reports on her condition have emerged.

In a Facebook post earlier this week, Leolah Brown also slammed reports that Bobbi Kristina Brown was being brought home to die, adding that she is “continuing today to improve.”

“BOBBI KRISTINA BROWN IS ‘NOT’ ON LIFE SUPPORT … AND IS CONTINUING TODAY TO IMPROVE. AND WE WILL NEVER GIVE UP ON HER!” Leolah Brown wrote on Tuesday. “HELL NO! NOT ONE BROWN!”

She also accused Pat Houston of suggesting to Bobby Brown that he “pull the plug” on Bobbi Kristina, due to the cost of her medical care.

Despite Leolah Brown’s insistence that Bobbi Kristina Brown has shown improvement, the celebrity offspring’s grandmother, Cissy Houston, said in May that the 22-year-old is “not progressing at all.”

Brown’s attorney also urged the media to steer clear of a tour being launched by Bobbi Kristina’s cousin, Jerod Brown, as the tour is not endorsed by Bobby Brown.

“In addition, please do not report or follow Jerod Carter aka Jerod Brown aka YF Kennedy on the Bobbi Kristina ‘Prayer Tour.’ Bobby Brown is not associated with the Prayer Tour and does not support it,” Christopher Brown said.