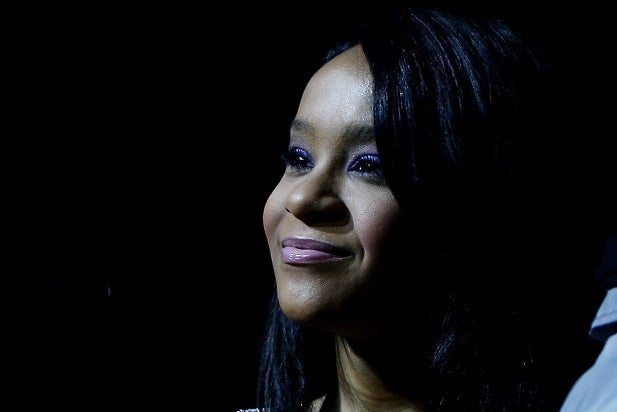 The already uncertain fate of Bobbi Kristina Brown — the 22-year-old daughter of Bobby Brown and deceased singer Whitney Houston — has grown even more uncertain in the past few days, thanks largely to conflicting statements from her family.

Over the weekend at a concert in Texas, Brown’s father, , surprised attendees by declaring that his daughter was “awake,” adding, “She’s watching me.”

Brown’s declaration was followed by comments on Monday from Bobbi Kristina’s grandmother, Cissy Houston, contradicting his optimistic take on the young woman’s condition. While Bobbi Kristina is no longer in a medically induced coma, Houston said, doctors had told her that her granddaughter has “global and irreversible brain damage.”

Bobbi Kristina as been undergoing extensive medical treatment since she was found face-down and unresponsive in the bathtub of her Georgia home on Jan. 31.

In an effort to gain clarity in the situation, TheWrap spoke to Asher  Taban, MD, neurosurgeon and Neurosurgical Director with Dignity Health Northridge Hospital, in Northridge, California for insight.

As Taban explained, global brain damage, or global ischemia, occurs when a patient’s whole brain is deprived of oxygen.

Localized ischemia, Taban said, often leads to speech impairment, or arm and leg weakness. While global irreversible brain damage is more extensive, Taban cautioned that it doesn’t take long to develop, once the brain is deprived of oxygen.

“If this lack of blood to the brain lasts for a minute or two, then it’s called irreversible brain damage, and if the entire brain [is] deprived of oxygen, then it would be a global ischemia or global brain damage,” Taban noted.

Drowning or in Bobbi Kristina’s case a near-drowning, Taban added, is “the most prevalent cause” of global ischemia, though it could also occur due to choking or other circumstances.

Given the extent of the damage, could a person with global irreversible brain damage actually be “awake,” or at least appear so, as Brown suggested?

“The person could have their eye open but have no communication,” Taban said. “It is something that we do see, that the people do have open eyes, but beyond that there’s no communication.”

Taban wouldn’t rule out the possibility of at least some recovery and noted that, if Bobbi Kristina did in fact open her eyes, “in a sense, that’s some improvement. But would that translate to a dramatic full recovery? Again, this is something that time will reveal.

“It’s hard to say right now what you’re dealing with and whether her neurological condition is something beyond the open eye,” Taban added. “Was she tracking other people [with] her eyes, or was she just staring and looking open and that’s all it is?”

Her doctors, Taban noted, would have to do a number of tests including a blood-flow study to the brain, an electrical study and an MRI, in order to make a prognosis.

If Taban were treating a patient in Bobbi Kristina’s reported condition, he noted, he would be careful to keep the family’s expectations in check.

“If I have seen profound injuries based on the study that we are discussing, I will not keep their hopes high,” Taban noted.