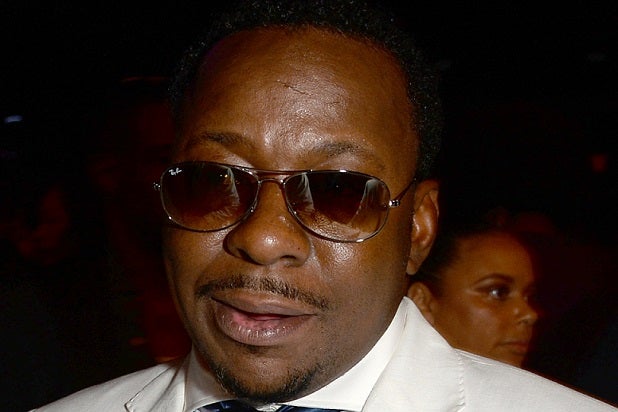 Bobby Brown has filed a lawsuit against TV One and others over the upcoming movie about his deceased daughter, Bobbi Kristina Brown, in a complaint whose contention “exceeds $1 million.”

In the suit, filed in federal court in New York on Thursday, Brown alleges that TV One “knowingly and maliciously” used his persona and life, and that the movie “contains defamatory and untrue depictions” of him.

“The Defendants’ movie and the script writing are libelous and slanderous toward” Brown, the suit reads.

The suit also alleges that the film uses information that its producers obtained while working on the Bravo reality series “Being Bobby Brown,” in violation of a confidentiality agreement.

In a statement provided to TheWrap, TV One said it would ” stand by the film and its representation of this period in Bobbi Kristina’s life.”

“We are aware of the reported legal challenge by Bobby Brown regarding the film Bobbi Kristina and are taking appropriate steps on behalf of our network to respond,” TV One said. “While we are not able to address our legal response at this time, we stand by the film and its representation of this period in Bobbi Kristina’s life.”

Bobbi Kristina Brown, the daughter on Brown and deceased singer Whitney Houston, was found unconscious in the bathtub of her Georgia home on Jan. 31, 2014, and died on July 26, 2015 at age 22 after clinging to life for six months.