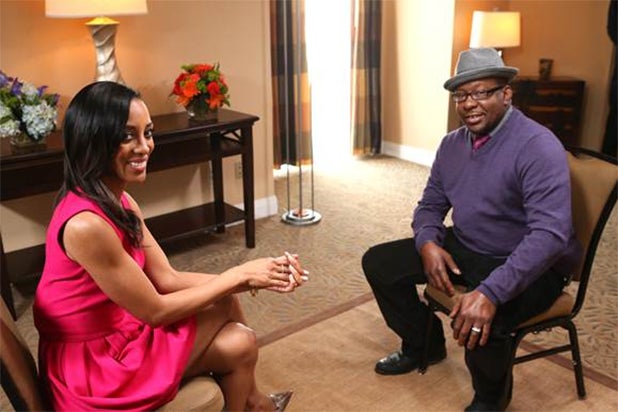 While Lifetime TV’s Saturday event “Whitney” follows superstar Whitney Houston and the toxic romance that destroyed her, the network is directly following the Angela Bassett film with “Bobby Brown: Remembering Whitney” to offer her husband’s perspective.

In an hourlong sitdown with “Access Hollywood” host Shaun Robinson, Brown recounts his life and struggles with the national treasure: addictions that became crippling daily habits, infidelity and raising their daughter Bobbi Kristina in the midst of the chaos.

“There was a lot going on. Bobbi Kristina was growing up and getting older. Drugs started playing a big part in our life and you know what happens when people start abusing anything, it all just started to fall apart,” Brown said.

Also Read: Houston Family on Lifetime’s ‘Whitney’ Biopic: ‘Brace Yourself for the Worst’

“It was after ‘The Preachers Wife’ that things started to get really bad … the coke was too much for me, I couldn’t really sleep, so that’s when I started using heroine, and that’s when it really got bad,” said Brown.

“We were both caught up in it. We had people bringing it to us, and it was just high all the time. It seemed like it was a daily routine. It became daily. It just started destroying us, as far as our passion for each other, our passion for life.”

Though drugs had taken hold, Brown says Bobbi Kristina remained a priority for the two, who separated in 2007.

“We didn’t neglect our child, we made [sure] that our child was in good hands, that we had someone there to protect her,” he said.

“That is the million-dollar question. I don’t know the answer to that,” Brown said of why Houston agreed to the interview. “I thought she was joking. I laughed my tail off.”

Looking back, Brown concluded he did what was best for Whitney by trying to help himself.

“I stayed sober, to try and help her. I went and did what I had to do for myself in order to be good enough to help her out. Maybe that wasn’t enough, but it’s enough for me, so I’m not really worried about what anyone else thinks.”