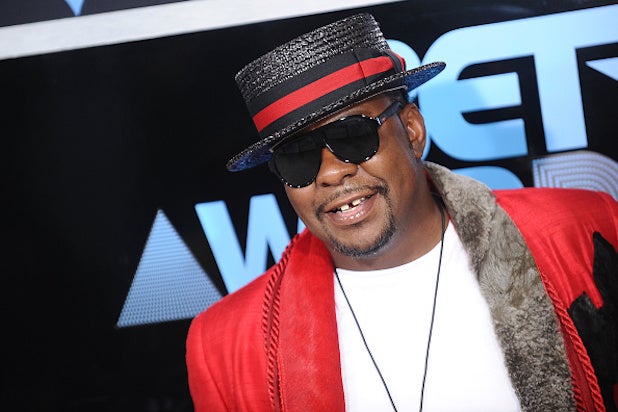 Bobby Brown has made nice with TV One over the network’s portrayal of him in a movie about his deceased daughter Bobbi Kristina Brown.

Court papers filed Friday indicate that Brown has reached a settlement in the suit, which he and the Estate of Bobbi Kristina Brown filed in September.

“The Court having been advised that all claims asserted herein have been settled in principle … it is ORDERED that the above-entitled action be and is hereby dismissed and discontinued,” the papers read, adding that the case can be reopened within 30 days if the settlement is not consummated.

The terms of the settlement were not disclosed in the court papers. TheWrap has reached out to a spokesperson for TV One and to Brown’s attorney for comment.

Brown’s $1 million-plus complaint alleged that TV One “knowingly and maliciously” used his persona and life, and that the movie “contains defamatory and untrue depictions” of him.

“The Defendants’ movie and the script writing are libelous and slanderous toward” Brown, the suit read.

The suit also alleged that the film uses information that its producers obtained while working on the Bravo reality series “Being Bobby Brown,” in violation of a confidentiality agreement.

In October, Brown lost a bid to block “Bobbi Kristina,” which ultimately premiered on TV One on October 8.

Bobbi Kristina Brown, the daughter on Brown and deceased singer Whitney Houston, was found unconscious in the bathtub of her Georgia home on Jan. 31, 2015, and died on July 26, 2015 at age 22 after clinging to life for six months.