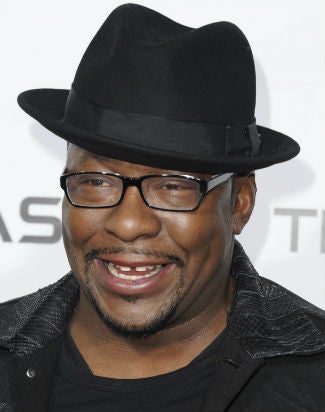 Clinging to hope, Bobby Brown is doing what he knows best for his hospitalized daughter Bobbi Kristina Brown: singing.

Brown has turned to hymns and gospel songs as his 21-year-old daughter continues fighting for her life after authorities found her face down and unconscious in a bathtub inside her Roswell, Georgia home, as TheWrap previously reported Saturday.

“We’ll sing ‘Jesus Loves Me,’ ‘Amazing Grace,’ but also some of Whitney’s songs,” a Brown family relative told People magazine. “We’ve been singing ‘Greatest Love of All.’ Bobby has sung that to her too.”

Since the heartbreaking ordeal, Bobbi Kristina was moved from North Fulton Hospital to Emory University Hospital after suffering a series of seizures. She has remained unresponsive as a ventilator aids her breathing.

Despite what seems to be a grim prognosis, Brown hasn’t given up on his and Houston’s only daughter.

“Bobby has told us, ‘If American thinks she is dead, they will stop praying,'” the relative said. “And at this point, we want people to pray for a miracle.”

Brown hasn’t publicly spoken on his daughter’s situation but released a statement saying, “Privacy is requested in this matter. Please allow for my family to deal with this matter and give my daughter the love and support she needs at this time.”

On Monday, Bobbi Kristina’s eyes had opened, but doctors warned the family against reading too much into the movement. The medical team has reportedly been working to reduce swelling in her brain, but are unsure of possible damage until she’s taken off of prescribed sedatives, an individual close to the family told CNN Tuesday.

Before being hospitalized, husband Nick Gordon and a friend found an unresponsive Bobbi Kristina and administered CPR until police took over life-saving measures.

Also read: Bobby Brown on Bobbi Kristina’s Hospitalization: ‘Give My Daughter the Love and Support She Needs’

As for the investigation, Roswell Police Department Officer Lisa Holland addressed speculation of alcohol or drugs being involved.

“So the police took a search warrant on the home. Before the warrant — initially when the police went into the home — there [was] nothing there that indicated that anything out of the ordinary happened. There were no drugs out in the open.

Bobbi Kristina’s continuing ordeal comes before her father’s 45 birthday Thursday. Also, the situation is chillingly similar to Houston who was found dead of a drug overdose in a bathtub at Los Angeles’ Beverly Hilton Hotel. She died Feb. 11, 2012 during Grammy Awards weekend.