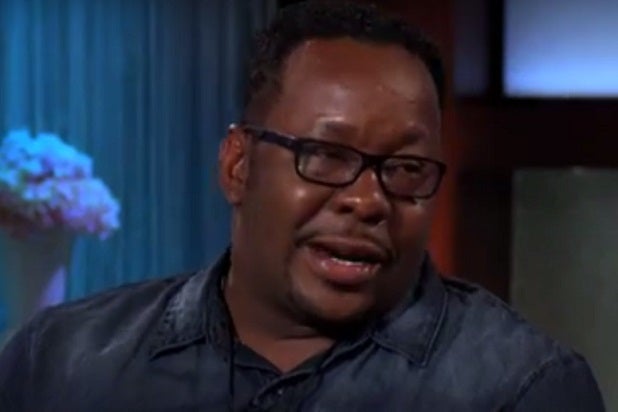 Bobby Brown sat down for an emotional interview — his first since the death of his daughter Bobbi Kristina in July at age 22 — on syndicated talk show “The Real” on Monday, urging the district attorney of Atlanta to “look closely” into the circumstances surrounding his daughter’s death.

Brown said, “I’m not gonna call anybody out, but I really just want to tell the DA of Atlanta, Georgia, that he needs to look closely into the investigation that’s going on [into the circumstances] that caused my daughter to pass. If you all want, write to the DA. His name is Paul Howard.”

Brown’s plea came following a passionate discussion about the dangers and lingering effects of abuse. The singer is opening a foundation, the Bobbi Kristina Serenity House, to help women dealing with abuse and other issues.

“It’s for young girls and women of all ages to have place to come when in bad relationships,” he said.

“Abuse is something that I witnessed personally growing up in my life. And it’s kind of hard to sit and talk with someone about it. But you need to, you really need to. Because it will stick with you, stay with you, all throughout your life, no matter how old you are or how you think you’ve gotten through it. I might sit here right now and be able to talk to you, but I might walk back there and start crying,” Brown continued. “Or I could start crying right now. Because abuse does that to you.”

Bobbi Kristina Brown died six months after being found face-down and unresponsive in the bathtub of her Georgia home. Her boyfriend is currently facing a $10 million civil lawsuit alleging that he physically abused Brown, improperly diverted her money to himself, and gave her a “toxic cocktail” in the days leading up to the bathtub incident. Gordon’s lawyers have adamantly denied the allegations.

During his interview on “The Real,” Brown recalled praying for Bobbi Kristina to recover, and suggested that her mother, Whitney Houston — who died in 2012 — had a hand in calling her to God.

“We prayed and hoped for six months for something better to happen, but when God calls you, he calls you. And I’m pretty sure her mother had a part, with like, ‘Come on, let’s get her up here.’ In the best way possible, because she was not comfortable by herself, I guess, and she just called my daughter with her.”