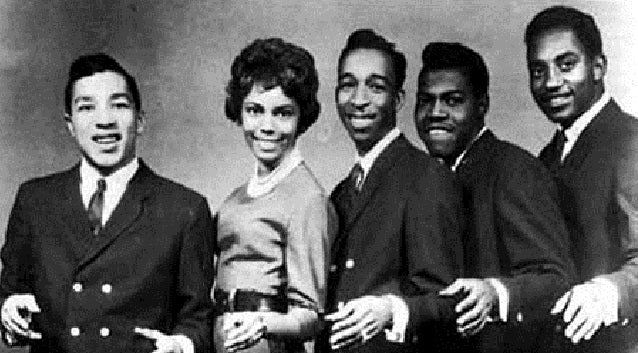 Bobby Rogers, who founded the Motown singing group the Miracles with Smokey Robinson, has died. He was 73.

Motown Museum board member Allen Rawls told the Associated Press that Rogers died Sunday morning at his home. Rogers lived in the Detroit suburb of Southfield and had been ill for several years.

Rogers (far right in photo above) formed the Miracles in 1956 with his cousin Claudette Rogers, Pete Moore, Ronnie White and Robinson. Rogers and The Miracles were inducted into the Rock and Roll Hall of Fame in 2012 after recording hits including "I Second That Emotion" and "The Tears of a Clown." .

Rogers and Robinson co-wrote the Temptations' "The Way You Do the Things You Do," the Contours' "First I Look at the Purse" and another Miracles hit, "Going to a Go-Go."