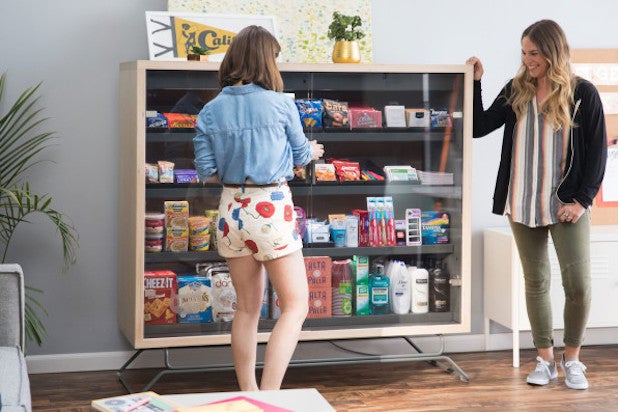 Hell hath no fury like a scorned bodega store patron.

Two ex-Googlers are weathering such scorn on Wednesday after launching their “disruptive” new startup “Bodega” — which aims to replace the corner stores it takes its name from with “five-foot-wide pantry boxes filled with non-perishable items.” The pantry boxes are unmanned, and allow customers to open the container and grabs items using an app that’ll charge them when they’re finished.

If it sounds like a glorified vending machine to you, you’re on the right track.

Paul McDonald, one half of Bodega’s braintrust, isn’t worried about its impact on the thousands of small marts that have become mainstays in New York and Los Angeles. In an interview with Fast Company, McDonald outlined a future with Bodega boxes lining the streets as far as the eye can see — replacing, you know, actual bodegas.

“The vision here is much bigger than the box itself,” said McDonald to Fast Company. “Eventually, centralized shopping locations won’t be necessary, because there will be 100,000 Bodegas spread out, with one always 100 feet away from you.”

This pantry box utopia isn’t for everyone, however.

“Real bodegas are all about human relationships within a community, having someone you know greet you and make the sandwich you like,” Frank Garcia, chairman of the New York State Coalition of Hispanic Chamber of Commerce, told FC.

Many on Twitter agree with Garcia, and aren’t thrilled that Bodega is looking to take out their beloved little grocery stores.

As NYC musician Leon succinctly put it, “if you replace my bodegas with a f—ing box I will launch you into the sun.”

Mero from “Desus and Mero” jumped in to defend bodegas, tweeting “BODEGAHIVE ASSEMBLE!!!!” and including a choice “Braveheart” gif.

Also Read: Why IMAX Was Late to Booking the 'It' Movie

One guy isn’t even convinced the Bodega bros have been to an “actual bodega.”

Two ex-Googlers want the entire world to look like a startup office, have probably never been to an actual bodega https://t.co/RWp0TzvpUY

Others are already thinking about its demise, simply by unplugging the box.

At the same time, hoping for Bodega to fail at “double Juicero levels” is just cold.

Their startup is called BODEGA. These people are monsters. https://t.co/4WQOz3fUjG

Trying to destroy bodegas with a startup called “Bodega” that has a bodega cat logo is… just awful. https://t.co/1W4pSnXoXn

“The Deuce” composer Blake Leyh put his foot down. He points to Amazon and Uber replacing book stores and taxis, but he won’t stand for this is one transgression. “do not mess with my bodega, motherf—ers.”

But do not mess with my bodega, motherfuckers