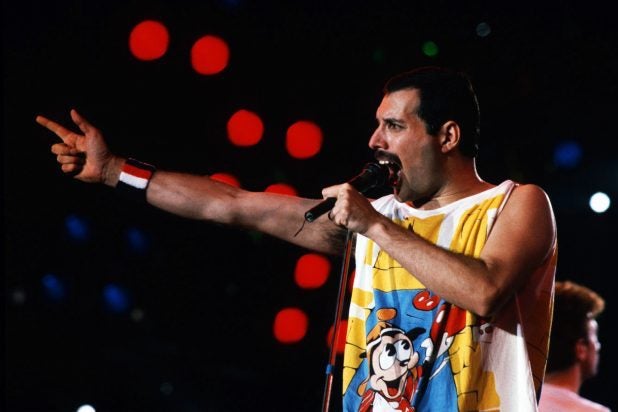 “I knew in my heart that not only does his story got to be told, but if we get it right it would truly be doing special,” producer Garaham King told the exhibitors.

The film was not without it’s complications. Over halfway through production, director Bryan Singer was fired by Fox and replaced with Dexter Fletcher. The parting of ways resulted in a messy volley of excuses from the director — who absconded his set, TheWrap previously reported — and the studio.

Fletcher had been attached to the project years prior and stepped in to carry it across the finish line. The film is set to hit theaters on Nov. 2.

Also starring Ben Hardy, Gwilym Lee, and Joseph Mazzello as the other members of Queen, “Bohemian Rhapsody” follows Mercury’s life from before the creation of the band to their iconic 1985 Live Aid performance.