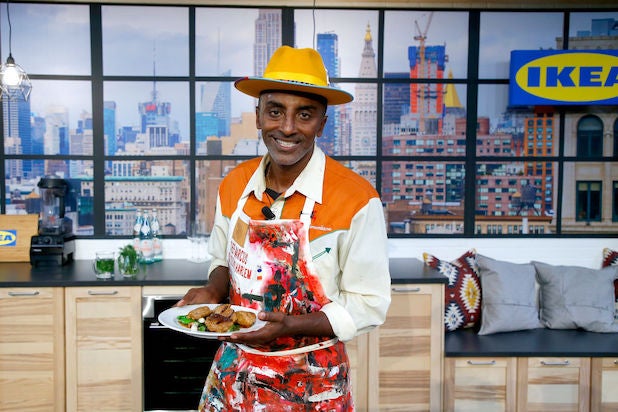 Samuelsson will “offer his insights on food culture globally, and help expand Bon Appétit’s food and recipe content” while also advising Condé Nast “on its growing global footprint within food media as he works with the company’s market and brand leaders to spearhead new initiatives and programming,” the company announced on Monday.

Samuelsson, who also won “Top Chef Masters” in 2010 and “Chopped All Stars” in 2012, begins his new role immediately and will also guest edit BA’s holiday issue this year.

Samuelsson’s appointment comes as Bon Appétit and Condé Nast Entertainment have faced pushback from staff over its treatment of nonwhite talent, particularly when it comes to the stars of Bon Appétit’s popular YouTube videos. This month, seven of the Test Kitchen video stars have left due to unsuccessful contract negotiations with CNE or in solidarity with those staffers who have spoken out about the negotiations. Last week, Condé Nast’s global HR officer Stan Duncan said in a memo to staff that the company would not be willing to break its new standardized pay rates for freelance and salaried staffers appearing in the company’s video content and noted that a third-party investigation did not find evidence that Condé Nast paid staffers of color inequitably.

“Now is a time of seismic change not only within our culinary world but in our communities at large and we have a responsibility and opportunity to come together to show how food is a reflection of our cultures, our societal values, and our individuality,” Samuelsson said in a statement. “I learned from working in restaurants at a young age that you’re nobody without your crew. To make a meaningful impact means both empowering the incredible talents around you and enlisting those you admire to share their stories and lend their voice. I’m looking forward to joining forces with Sonia [Chopra, BA’s executive editor] and the team to work toward this greater goal.”