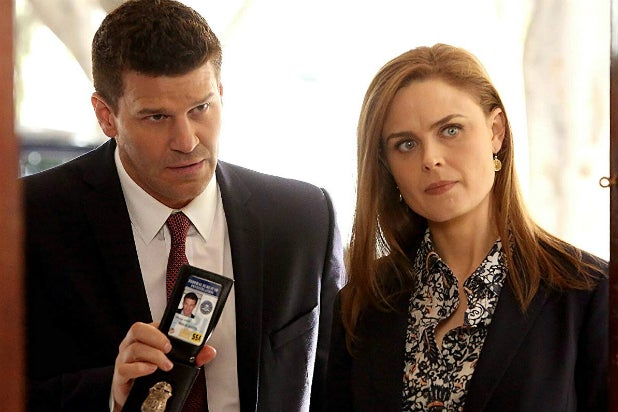 A Los Angeles Superior Court judge has overturned $128 million in punitive damages that was awarded to “Bones” stars Emily Deschanel and David Boreanaz and producers Kathy Reichs and Barry Josephson in arbitration, ruling in favor of studio 20th Century Fox Television in the profit participation case.

Judge Richard Rico issued a minute order Thursday denying the decision made by arbitrator Peter Lichtman back in February and striking punitive damages from Fox’s award to Deschanel, Boreanaz, Josephson and Reichs. This still leaves in place the remaining $50 million portion of the $178.7 million award Lichtman granted the “Bones” stars and producers in arbitration.

However, lawyers for Deschanel, Boreanaz and Reichs say they plan to appeal the ruling against punitive damages to a higher court.

“Today’s decision in no way impacts the arbitrator’s findings that our clients are owed more than $50 million for Fox’s fraudulent and deceitful accounting,” Daniel A. Saunders and Kasowitz Benson Torres, attorneys for Deschanel, Boreanaz and Reichs, said in a statement to TheWrap Thursday. “It deals only with the technical issue of whether our clients waived their right to receive punitive damages. As the arbitrator concluded, they did not – and we look forward to showing the Court of Appeal why it should reverse today’s ruling.”

Also Read: Why 'Bones' Victory vs Fox Won't Result in Copycat Lawsuits - or at Least, Not Winning Ones

“We are pleased with the Court’s decision to strike punitive damages from the award and vindicating our position. We look forward to concluding the litigation,” Fox said in its own statement Thursday.

Back in February, Fox was hit with the close to $179 million judgment — one of the largest rulings of its kind in television history — in a legal battle dating back to 2015, over profit participation on the long-running series “Bones,” with Boreanaz, Deschanel, Reichs (the forensic anthropologist whose books inspired the show) and Josephson.

In a summary of his ruling, Lichtman found that Fox had committed “breach of contract, fraud, and tortious interference with contract” regarding profit participation on the mystery procedural, which ran on the Fox broadcast network from 2005 to 2017 and was produced Fox’s then-in-house TV studio, 20th Century Fox.

He further called out former Fox execs Peter Rice, Dana Walden and Gary Newman, whom he said “appear to have given false testimony in an attempt to conceal their wrongful acts.”

Also Read: Here's Why Fox Could Win 'Bones' Arbitration Appeal - And Why It Couldn't

In addition to a finding of actual damages, the arbitrator awarded the now-overturned $128 million in punitive damages, which he wrote “is reasonable and necessary to punish Fox for its reprehensible conduct and deter it from future wrongful conduct.” (The $178.7 million total also includes lost payments from European deals, pre-judgment interest, and fees from attorneys and the arbitrator.)

Fox said in February they were seeking to void the ruling, arguing that the arbitration agreement did not allow for the arbitrator to award punitive damages, hiring top defense attorney Daniel Petrocelli to dispute that point of Lichtman’s ruling.