One of the biggest pricing dramas of 2009 is taking place as we speak — the war between Wal-Mart and Amazon on top-selling hardcover books.

Wal-Mart launched the war last week by offering 10 highly anticipated titles (by well-known authors including John Grisham, Stephen King, Dean Koonz and Sarah Palin) for $10. After a few back-and-forth volleys, Wal-Mart is now selling the titles for $8.99 (free shipping) and Amazon has a $9 price (free shipping only if total purchases are $25 or more).

At these prices, both retailers are losing money on each sale. The traditional wholesale price of books is set at 50% of list price (regardless of what price retailers ultimately decide to charge). Thus, with a list price of $35 for King’s new novel "Under the Dome," Amazon and Wal-Mart are losing in the neighborhood of $8.50 per book sold. 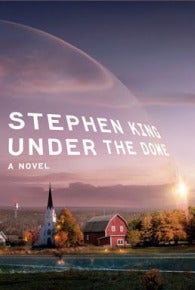 This aggressive discounting is causing publishers and the industry in general to worry that hardcover books are being devalued. The American Booksellers Association has asked the Justice Department to investigate the matter.

"If you can buy Stephen King’s new novel or John Grisham’s ‘Ford County’ for $10, why would you buy a brilliant first novel for $25?" states Mr. Grisham’s agent in a New York Times article written by Motoko Rich. This makes sense — if I can now buy the biggest titles for $9, it becomes a stretch to pay full price for less popular books.

What’s interesting is that book publishers have the power to end this massive discounting. In 2007, the U.S. Supreme Court ruled in the Leegin case that it is legal for manufacturers to set a minimum retail price for their products. Thus, book publishers can legally tell Amazon and Wal-Mart that their books can be sold at a minimum price (say, 50% of retail price) or higher. So with the plethora of "devaluation" complaints, why aren’t publishers doing this? They are stuck in a prisoner’s dilemma.

The prisoner’s dilemma is a classic game-theory case that shows when people behave in a manner that maximizes their welfare (profits/happiness), they can actually end up being worse off.

Consider how the prisoner’s dilemma applies to the Wal-Mart/Amazon price war. Publishers have sunk millions of dollars in non-refundable advances to big-time authors. Especially in this economy, is a publisher really going to walk away from potentially an extra million units of sales by saying, "Don’t sell our book for $9?" Imagine the reaction of their shareholders (notorious for focusing on short-term profits). Ditto for authors.

In a Wall Street Journal article by Miguel Bustillo and Jeffrey Trachtenberg, Dean Koonz opined that this discounting may prove to be a good thing for the authors involved. Of course it is. Massive marketing, a low-price competitive advantage for charting on best seller lists, and millions in extra royalties — what’s not to love? There is no immediate incentive for publishers and authors to resist the charms of being a loss leader.

As a result, publishers and authors behaving in manner that maximizes their welfare leads to an overall bad outcome: hardcover devaluation. Will the publishing industry be able to break out of its loss-leader prisoner’s dilemma? Stay tuned …